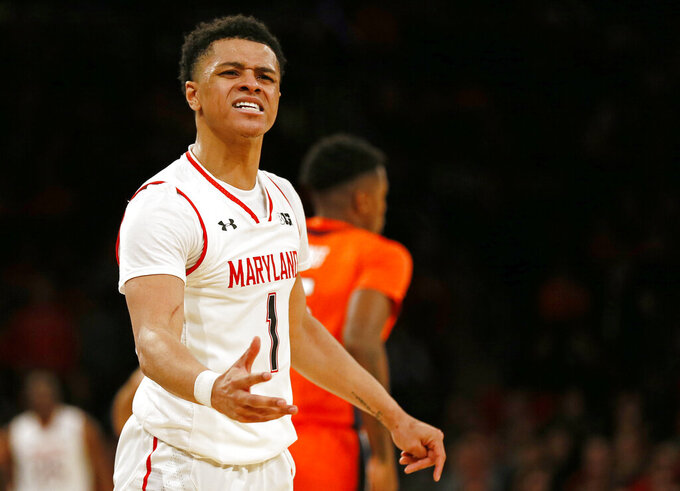 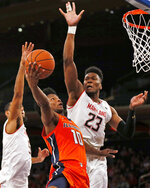 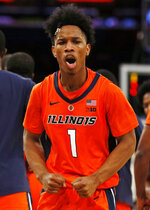 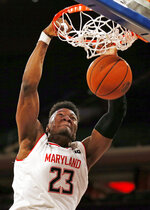 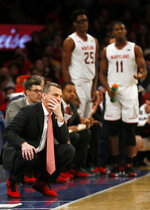 NEW YORK (AP) — Illinois' players and coaches jogged through a mob of outstretched hands on their way off the Madison Square Garden court, basking in the smiles and shouts of congratulations.

This victory on that stage? Nothing wrong with letting that sink in.

"That was a great character win for our basketball team," Illinois coach Brad Underwood said after the Fighting Illini beat No. 13 Maryland 78-67 on Saturday.

"Yeah, we executed — we made some shots — but to me it's a lot more about perseverance and showing up and competing. We did that today and we were fortunate to beat a very good basketball team."

While Illinois was reveling in its accomplishment, the Terrapins were collectively talking about the need to improve the details of their game.

"Things coach keeps emphasizing like boxing out and rebounding," Fernando added. "I think we gave them lot of chances on the boards and second-chance points."

The Terrapins led by 11 during the first half, but Illinois pulled within 34-30 at the break after Dosunmu scored all the Illini's points on a 9-2 run. That was the beginning of the end for Maryland.

"We were cruising a little bit and feeling good about ourselves," coach Mark Turgeon said. "We just weren't very good when we needed to be good, and they were. They were terrific when they needed to be."

Illinois hit four 3-pointers in a span of 1:27 early in the second half — including two by Trent Frazier — to take a 42-40 lead. Maryland ran off seven straight points, Illinois countered with six consecutive to regain the lead, then Maryland used a 10-4 run for a 57-52 advantage.

Illinois responded with a 10-2 spurt, capped by Jones' fourth 3 of the game with 4:49 left, and the Illini kept their poise from there. Feliz made five free throws and Dosunmu had a fast-break layup and hit two other layups to extend the lead to 72-63.

"It's huge," said Underwood, when asked about his team's lead management. "It's guys finally stepping up and making plays, making free throws. Guys wanting the ball and then playing with a conscious effort.

"For us to manage that and pull away, especially come from 11 down early means a lot."

Maryland: According to data culled by KenPom.com, the Terrapins are the fourth youngest team in the nation. The young club has to be more careful with the ball after committing 21 turnovers to Illinois' nine.

Illinois: At Minnesota on Wednesday night.