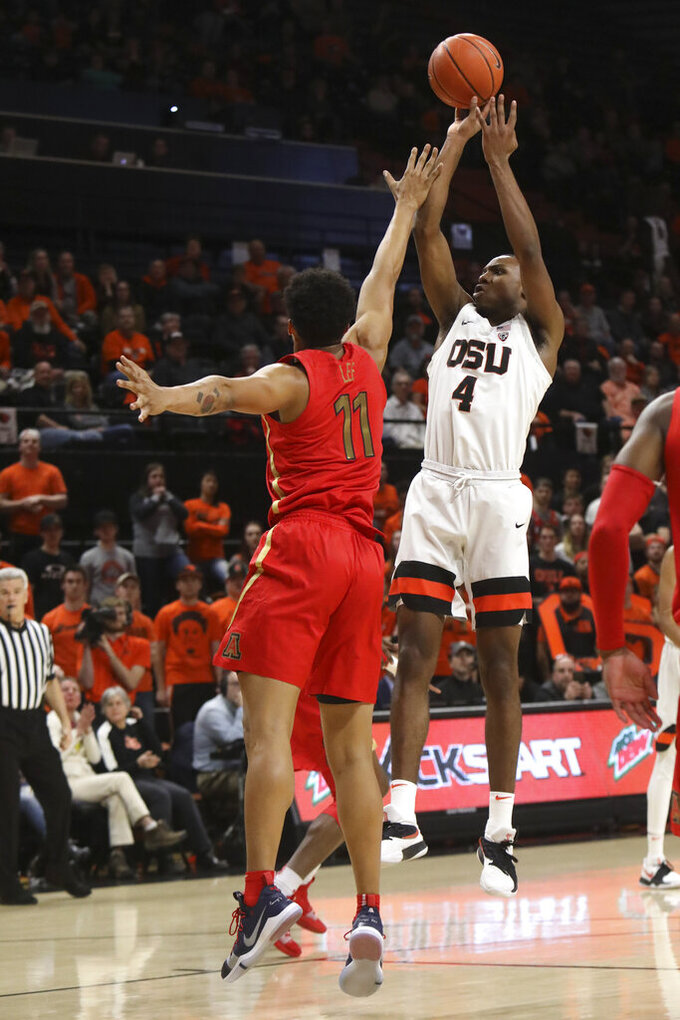 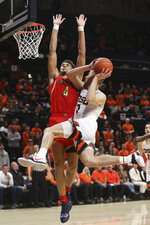 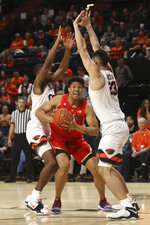 CORVALLIS, Ore. (AP) — Devonaire Doutrive didn't think he had ever hit a game-winning buzzer beater before at any level.

"It feels good. It feels great," the Arizona freshman said. "The last play, coach drew up a play, they told me to rebound."

Doutrive grabbed an offensive rebound and scored on a mid-air putback just before the final buzzer as Arizona defeated Oregon State 74-72 on Thursday night.

"That's what everybody dreams of," said Arizona guard Brandon Randolph.

Tres Tinkle had 24 points and five rebounds and Ethan Thompson added 18 points and five assists for the Beavers (17-10, 9-6), who lost for the seventh time in a row to Arizona.

The Wildcats outrebounded the Beavers 35-19, and 12 offensive rebounds led to 20 second chance points for Arizona.

"Our focus every game is to offensive rebound, win the rebounding game," Randolph said. "Coach always talks about that before the game, at halftime and after the game."

To win on an offensive putback was especially sweet and showed the Wildcats they need to continue to crash the boards, Randolph added.

Both teams struggled at times early, but the Beavers ended the first half with a 6-0 run and led 35-32 at the break.

Oregon State also scored the first four points of the second half. The game turned into a back-and-forth affair afterward. The game was tied at 70-all when Randolph made a jumper with 1:31 remaining to put the Wildcats in the lead.

After an Oregon State miss and an Arizona turnover, Stephen Thompson Jr. responded with a layup for the Beavers, and the game was tied at 72 with 24.1 seconds left.

Coleman took the shot for the Wildcats, and Doutrive floated into the lane to get the rebound, landing with the game over.

Arizona: Starting center Chase Jeter hurt his knee in a fall after fouling Tinkle at the 13:22 mark of the second half. Jeter returned for a 40-second stint before limping off the court again. Arizona coach Sean Miller wasn't sure about Jeter's status for Saturday. ...Brandon Williams missed nearly a month due to a knee injury but returned for the Wildcat's previous game against Stanford, scoring four points in 18 minutes. The freshman had 10 points in 20 minutes before fouling out on Thursday.

Oregon State: Kylor Kelley didn't score and had just one rebound but still made an impact on the game with five blocks and two steals. ...The Beavers have already equaled their most conference wins since 1989-90.

STRONG FINISH?: Arizona broke a seven-game skid with a sweep of the Bay Area schools last weekend, and coach Sean Miller thinks his team is improving at just the right time. "There's always teams that put it together at the end, and college basketball is so much about the finish. March, late February, we want to be playing our best. We went through a tough stretch," he added.

MORE COMFORTABLE: Miller said Williams was more comfortable in his second game back. "It's a big difference to have him out there. I think everybody sees that. He just gives us another scorer, makes us much more durable. You can play through foul trouble, you can play through fatigue," Miller said. "I think he's one of the best freshmen that plays in our conference. We need him."

Arizona: At Oregon on Saturday.