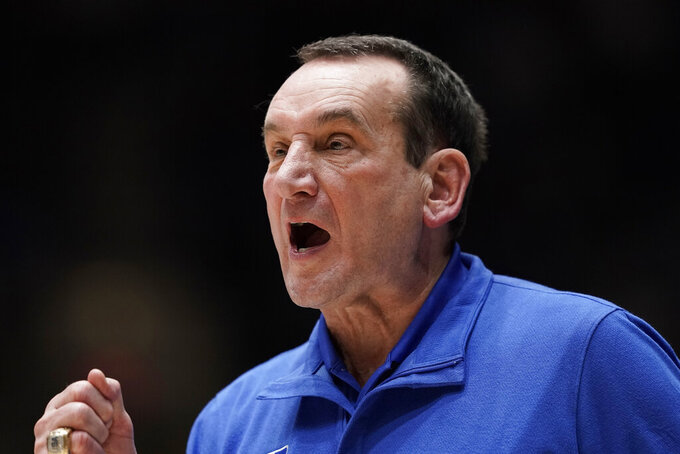 The school announced that the retiring Hall of Famer won't be on the sideline due to a “non-COVID-related virus." Associate head coach Jon Scheyer, designated as Krzyzewski’s successor after this season, will be acting head coach for the eighth-ranked Blue Devils in this game.

Scheyer led the Blue Devils for the first time last season in a narrow win against Boston College as Krzyzewski and his wife followed quarantine protocols due to a family member testing positive for COVID-19.

Duke is coming off Saturday's home loss to Miami, which was its second game back from a COVID-19 outbreak that led to two postponements. Krzyzewski said then that he hadn’t caught the virus during that stoppage, though it had spread through just about the entire team and staff.