Earl Grant's Year 2 at Boston College a chance to build 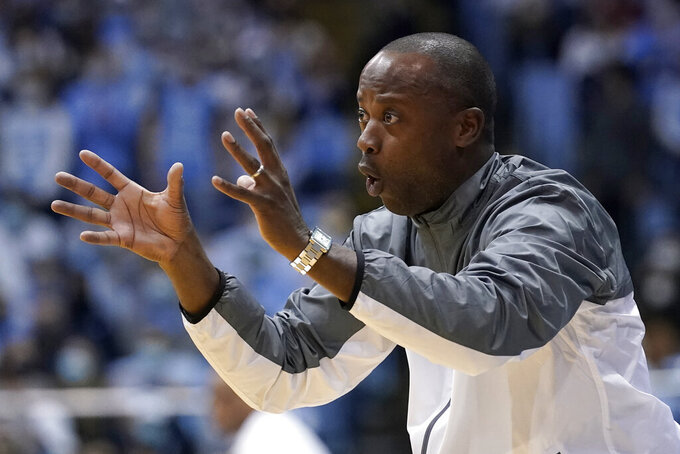 Year 2 offers the hope of continuity – and more success.

Grant was hired in 2021 after Jim Christian’s teams posted just one winning record in seven seasons and never broke .500 — or even .400 — in the Atlantic Coast Conference. The Eagles (13-20, 6-14 ACC) couldn’t snap the streak last year – their 13th straight season without reaching the NCAA Tournament.

But BC is returning four of five starters, including its top three scorers: Makai Ashton-Langford (12 points per game last season), DeMarr Langford Jr. (11.3), and Jaeden Zackery (10.4). Quinten Post was the fifth-leading scorer, with an average of 9.4 points.

In Grant’s first year, the returning players represented just 27% of the minutes played the previous season – the seventh-lowest total in the nation.

That gives the Eagles reason to think things might be improving.

So does the way they finished last season.

Entering the ACC tournament as a No. 13 seed — out of 15 — BC won a pair of games, including a victory over No. 5 seed Wake Forest, a team that won the regular-season matchup by 30 points. It was the first time the Eagles won two games in the conference tournament since 2018.

The Eagles then took fourth-seeded Miami to overtime in the quarterfinals.

Ashton-Langford, a fifth-year player who turned 24 this fall, is coming off career high averages of 12 points, 3.9 rebounds, 3.4 assists along with bests of 49 steals and 112 assists. He scored at least 10 points in 24 games.

Seven-footer Quinten Post came off the bench to start the season and led the ACC in scoring (9.3), rebounding (5.7), and blocked shots (1.0) by a sub. He became a starter on Feb. 21 and averaged 11 points, 4.3 rebounds, and 1 blocked shot, shooting 58.2% over the last eight games of the season. The Mississippi State transfer, who has also spent time with the Dutch national team, was named to the ACC All-Tournament team.

As a freshman, Jaeden Zackery joined Ashton-Langford as the only players to start every game for BC last season. He was the No. 6 scoring freshman in the ACC with 10.4 points per game, and had 57 steals – most ever for a BC freshman.

DeMarr Langford Jr. was BC’s No. 2 scorer last year as a sophomore, with 11.3 points per game. Also returning is TJ Bickerstaff, who averaged 7.2 rebounds last year – good for eighth in the ACC; he had eight games of double-digit rebounds and four with at least 15.

Prince Aligbe was a Minnesota Mr. Basketball finalist after leading the state with 28.3 points and 12 rebounds as a senior. Donald Hand Jr. was the Class 6 player of the year in Virginia, averaging 25 points, 7 rebounds, 5 assists, and 2.8 steals last year.

Another key recruit is point guard Chas Kelley, who averaged nearly 20 points, 7 rebounds, and 9 assists while leading his high school to the Pennsylvania state quarterfinals. Joining them will be Cincinnati transfer Mason Madsen, who averaged 5.75 points in just over 14 minutes in two seasons with the Bearcats.

BC is attempting to keep up in the recruiting race with a new basketball building. The men’s and women’s teams had for years practiced in a spartan gym attached to the Conte Forum, sharing it with recreational players running pickup games in their lunch hour.

The new 35,000 square-foot facility is under construction alongside the arena and scheduled to open next summer. It will include space for sports medicine, nutrition and strength and conditioning, along with locker rooms for the men’s and women’s teams and a player lounge.

There will be six practice courts, including one that is a replica of the Conte Forum floor.