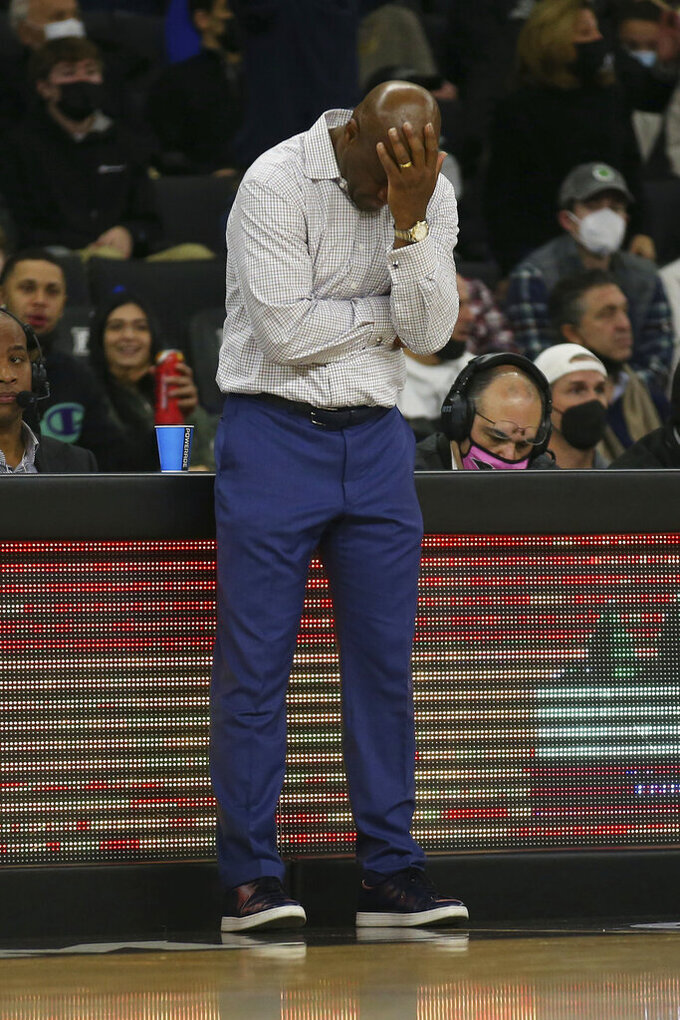 St. John's head coach Mike Anderson reacts to a call during the second half of an NCAA college basketball game against Providence on Saturday, Jan. 8, 2022, in Providence, R.I. (AP Photo/Stew Milne) 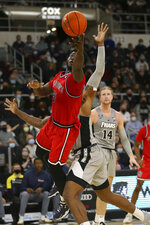 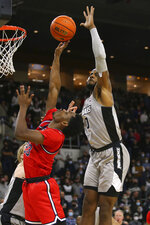 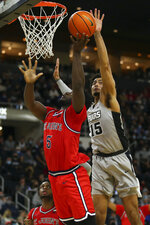 PROVIDENCE, R.I. (AP) — Providence coach Ed Cooley said he couldn't get on the plane fast enough coming off his team's 32-point drubbing at Marquette earlier this week that matched the worst setback of his tenure.

His team responded by allowing him to enjoy his 300th career victory on their home court.

Nate Watson had 22 points and 11 rebounds to help the 16th-ranked Friars rally in the second half and beat St. John’s 83-73 on Saturday.

Cooley is now 300-206 in his 16 seasons as a head coach, which includes 11 seasons at Providence and five at Fairfield.

“Seems like yesterday,” said a tearful Cooley about reaching of the milestone. “When you do something you love and you're at a place that you love and you work with people that give you the opportunity do this — it's amazing. I never saw this coming at all."

Cooley, known for his gregarious personality and outward emotions, said he had no apologies about showing them after reaching this latest benchmark.

“There's no qualms about emotion," he said. "I'm very fortunate to work here. Anybody who works in athletics, in particular college basketball — everybody worries about when our next win is. I'm just happy to go to practice tomorrow and inspire young men to be the best that they can be.”

It was just the second game for St. John’s (9-4, 1-1) since it had four games over 18 days postponed after multiple players were placed in COVID-19 protocols.

Dylan Addae-Wusu led the Red Storm with 20 points and Aaron Wheeler finished with 15. But St. John's was just 8 of 17 from the free throw line on the day, compared to 26 of 30 for the Friars. Coach Mike Anderson called it "a big difference in the game.”

“I thought the game was going back and forth. We had the game going the way we wanted to,” he said. “They went to a zone and I thought we got a little stagnant from that standpoint.”

Providence struggled early, playing its second straight game without senior guard A.J. Reeves as he continues to deal with an injured finger on his non-shooting hand.

The absence of Reeves and his ability to shoot from the outside affected what Providence was able to do in the half court for the second straight game. The Friars also struggled to share the ball, tallying only two assists on 11 field goals in the opening 20 minutes.

It allowed St. John’s to key on Watson early and close the first half on a 9-3 run to take a 38-35 lead into halftime.

But things changed in the second half after Watson's primary defender, Joel Soriano, picked up his fourth foul with 19:49 left.

He also got support from Minaya, whose 3-pointer gave the Friars their 12-point cushion. it came following three consecutive misses by him from beyond the arc. Minaya said Cooley urged him in the huddle to keep shooting with confidence.

“Coach is one of the biggest reasons I came here, so I felt that relationship,” Minaya said. “He told me to trust him and I did.”

St. John’s: The Red Storm continue to show few signs of the long layoff, competing for most of the game with the Friars. But they settled for far too many outside shots down the stretch and will need to find ways to stay in games defensively to be a factor in the conference.

Providence: The Friars bounced back nicely after their trouncing at Marquette. Watson was assertive on the inside in the second half, a great sign for this team heading into the meat of its conference schedule.

St. John’s: Plays two of its next three on the road, beginning Wednesday at UConn.

Providence: At Creighton on Tuesday.