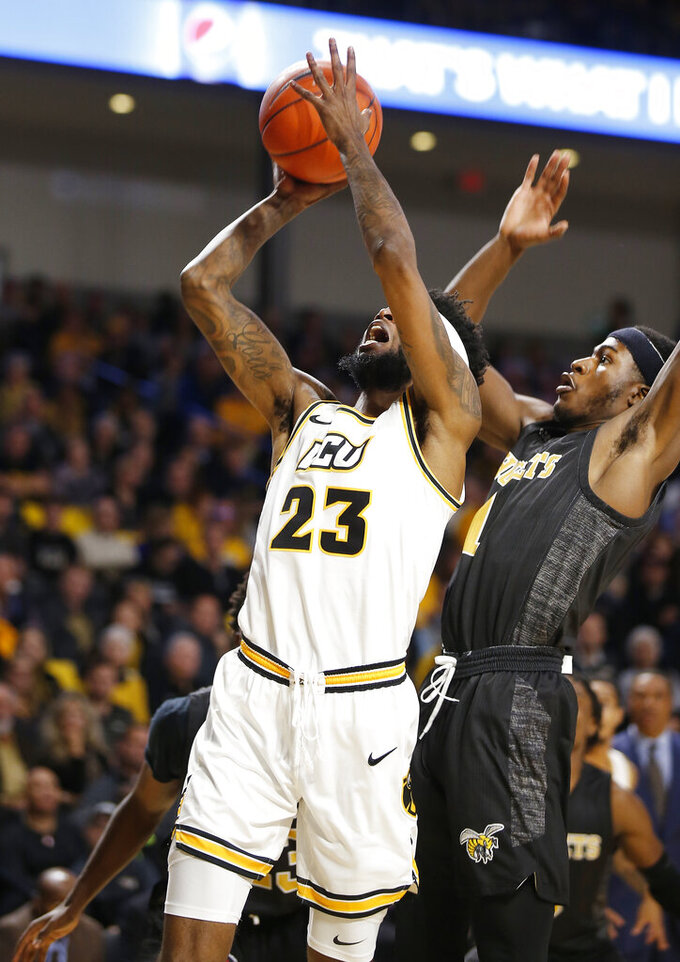 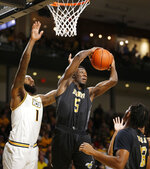 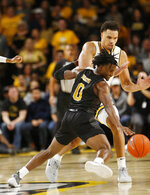 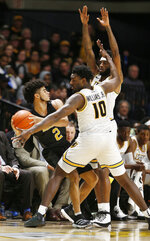 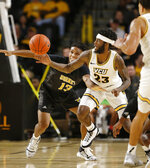 RICHMOND, Va. (AP) — The players at VCU are making no apologies for what has largely been a soft schedule to date, save for a visit from then-ranked LSU.

“These games prepare us for what we are about to face in the next month,” Isaac Vann said after Marcus Evans scored 25 points and No. 20 VCU closed the first half on a big run in a 78-62 victory against Alabama State on Monday night. It was the Rams’ third blowout victory in a row, all at the Siegel Center.

That all changes starting Friday, when the Rams will face Purdue in the Emerald Coast Classic, then either Florida State or No. 17 Tennessee the next day.

“We made it that way,” he said. “The next six games until Christmas, about 25 days, unbelievable schedule. I’m not sure anybody in the country will have a month like we will coming up, but we have seniors, we have guys that have great experience, we have plenty of guys that can help us find ways to win these games.”

They won this one pretty much before halftime.

Evans had 18 points in the first half, including 10 during a 26-7 burst that gave VCU (6-0) a 46-28 lead. The Rams led by 19 after halftime, and when the Hornets closed within 12 with 9 minutes left, the Rams turned up their defense and scored the next seven points.

The Rams trailed 21-20 before Mike’L Simms’ 3-pointer sparked the big run over the final 8:18 of the half. Evans scored 10 and Simms eight during the burst.

“He’s tough. He’s a big dog and he played well, and he sat a lot,” Hornets coach Lewis Jackson said of Evans, who was 8 for 11 from the field, including 5 of 7 from 3-point range. He also had three assists and did not commit a turnover is slightly less than 20 minutes.

Alabama State: The Hornets have the unenviable task of not only playing their first 15 games away from home, including four neutral site games, but they’ve already faced No. 8 Gonzaga, No. 17 Tennessee and VCU, and will also see No. 11 Oregon and Kansas State. They came into the game at the Siegel Center having lost their first four by an average of 24.2 points.

VCU: The Rams won their only game so far against a Power Five school, beating then-ranked LSU 84-82, but their schedule takes a significant upswing after Thanksgiving as they play Purdue on Friday and then either Florida State or No. 17 Tennessee, with both games coming in the Emerald Coast Classic in Florida.

Evans said he and his teammates don’t care what others think of the schedule they have played and hopes they will prove their worth going forward. After the Emerald Coast tournament, they’ll face rival Old Dominion and Missouri State at home and Charleston and Wichita State on the road.

“If a team has a question, they could just sign us up for the schedule and play us themselves,” he said. “Come to Siegel or we’ll go there and we can play and figure it out then.”

Evans most glaring flaw on the night was a fallaway 3-pointer he tried from the corner in front of the Hornets’ bench after making two in a row.

Making it worse, Evans was whistled for a foul on the play for extending his leg on the shot and making contact with an opposing player.

The Hornets will be on the road for the sixth consecutive game, facing Chattanooga in the Emerald Coast Classic in Niceville, Florida.

The Rams will be on the road for the first time this season, facing Purdue in the Emerald Coast Classic in Niceville, Florida.