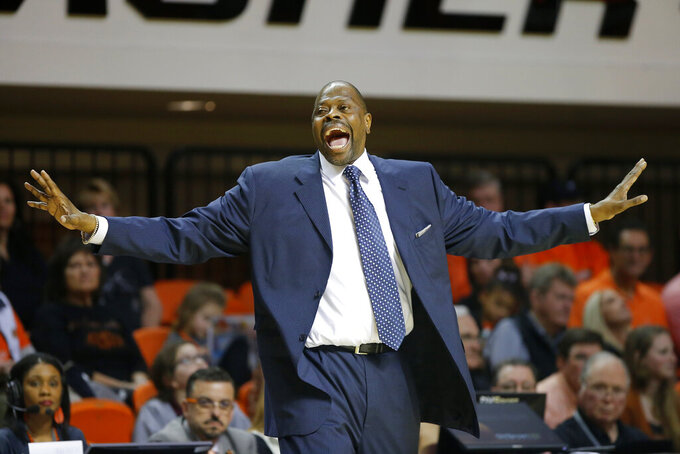 STILLWATER, Okla. (AP) — Shortly before the start of Georgetown’s first game since announcing two of its top five scorers are no longer members of the team, Hoyas coach Patrick Ewing issued a statement on the matter, saying players are “given no special treatment when it comes to their behavior and discipline.”

Written comments from Ewing and Georgetown athletic director Lee Reed were released about 20 minutes before the tipoff against Oklahoma State on Wednesday night.

Georgetown announced Monday that starting point guard James Akinjo and reserve forward Josh LeBlanc were both off the roster.

Reed said Tuesday both sophomores were seeking to transfer.

No criminal charges have been filed.

Gardner and Alexander are still on the team and both appeared in Wednesday’s game.

Reed has said that Akinjo was not involved in the allegations involving the other players. Georgetown has not said why Akinjo is no longer on the team.