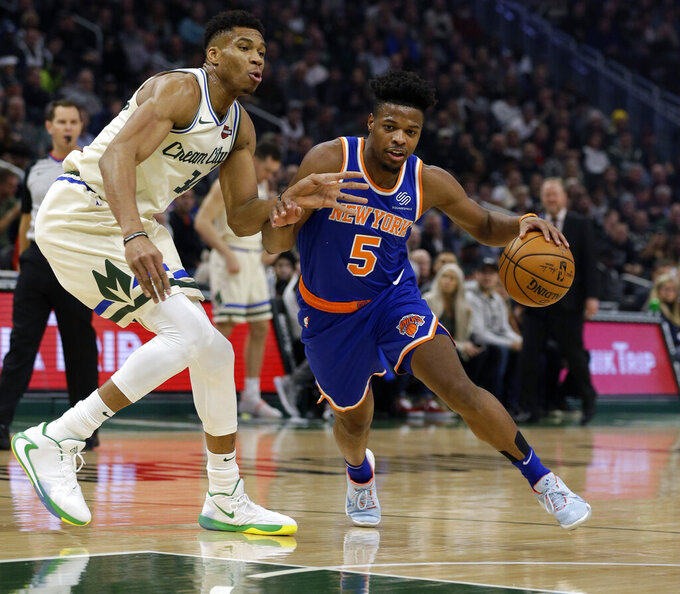 RALEIGH, N.C. (AP) — Attorneys for former North Carolina State coach Mark Gottfried are questioning the fairness of the NCAA process after he was charged with failing to adequately monitor the Wolfpack men's basketball program for violations, including during the recruitment of former basketball star Dennis Smith Jr.

In a response to NCAA charges filed over the summer, the attorneys say Gottfried — now coach at Cal State Northridge — fulfilled his obligations to monitor the program and was following NCAA rules. They also say the NCAA is improperly using court testimony last year by a government witness that he delivered $40,000 to former Wolfpack assistant coach Orlando Early intended for Smith’s family in 2015.

Specifically, attorneys Scott Tompsett and Elliot Abrams say NCAA bylaws prohibit its use in the infractions process because the court case it originated from is under appeal.

“The NCAA broke their own rule when they considered evidence from a court case on appeal and then relied on that evidence to charge Mr. Gottfried with a Level I violation,” they said in a statement to The Associated Press. “They should withdraw the allegation and let the court case run its course.”

The AP obtained a copy of Gottfried’s response from N.C. State through a public-records request Wednesday. The NCAA filed four charges in July in the wake of college basketball’s corruption scandal, with Gottfried charged individually under the provision of head-coach responsibility for violations within his program.

The NCAA has alleged that T.J. Gassnola was acting as an outside consultant of Adidas — which has an apparel deal with the school — to “ensure Smith’s commitment” to the Wolfpack with the payment.

Yet the school, which released its response Monday, states the NCAA has not proven money was actually provided to Smith while questioning Gassnola’s credibility. It also noted Smith — who entered the NBA draft in 2017 after one year at North Carolina State — denied receiving money in an interview with the school earlier this year.

In their response, Gottfried’s attorneys say the NCAA enforcement staff hasn’t told Gottfried how he failed to adequately monitor Early’s recruitment of Smith or what he was required to have done differently, saying that the lack of clarity “may be not a lack of desire but a lack of ability” to explain it.

Additionally, the response accuses the NCAA of “prejudgment” after public comments by NCAA officials earlier this year that charges were forthcoming even with investigations ongoing.

The rest of case focuses largely on improper complimentary admissions on the men’s basketball guest pass list. Gottfried’s attorneys argue he directed his staff to communicate with the school’s compliance office regularly, and relied on compliance staffers to monitor admissions logs.

The NCAA enforcement staff has 60 days to file its own response, which typically leads to a hearing with a panel of the infractions committee followed by a ruling weeks to months later. The staff of current coach Kevin Keatts, who replaced Gottfried in March 2017, has not been accused of wrongdoing.