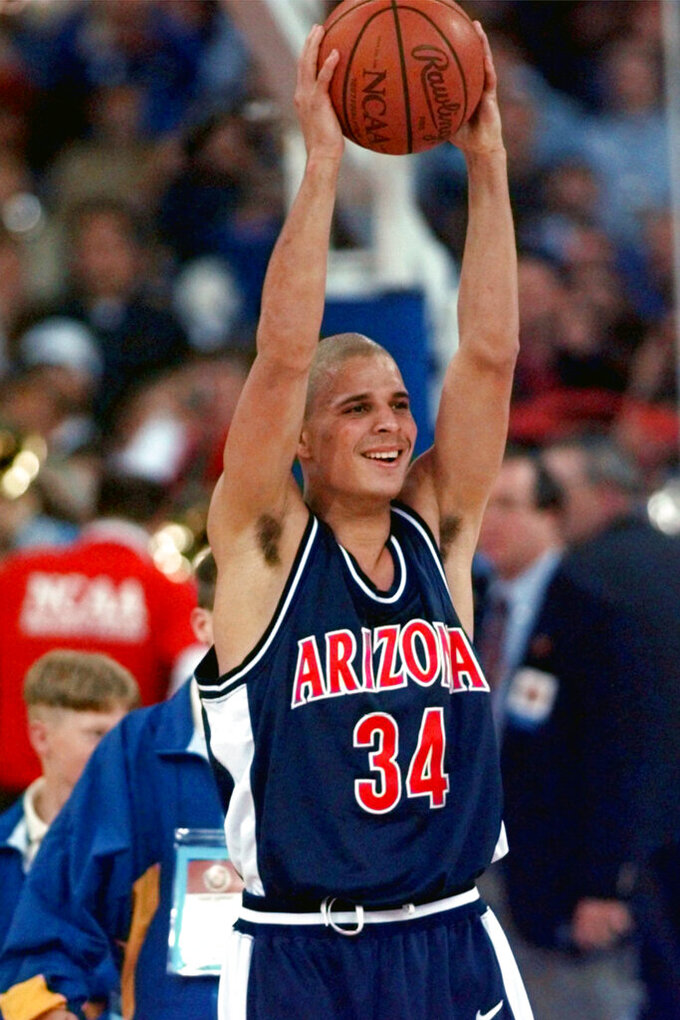 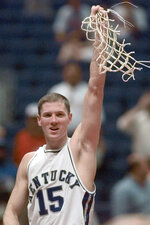 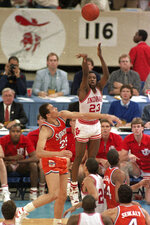 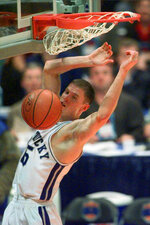 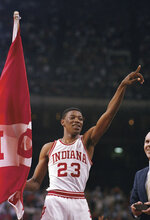 Jeff Sheppard works as a financial planner now, more than two decades removed from the time he helped Kentucky win the NCAA Tournament.

Yet he still gets asked regularly about his role in the Wildcats’ 1998 national championship.

“They remember where they were when they watched the championship game and that kind of thing,” said Sheppard, who works in Lexington and lives about an hour away in London, Kentucky. “It’s definitely a lot of fun.”

Sheppard went undrafted after that glorious run and played part of one NBA season with the Atlanta Hawks in 1998-99 before playing a few years in Italy. He is not the only most outstanding player from a Final Four to play fewer than 20 games in the NBA.

In Sheppard’s case, he decided to redshirt the 1996-97 season as a senior at the prompting of Rick Pitino, Kentucky’s coach at the time. Sheppard was stuck behind future NBA lottery picks Derek Anderson and Ron Mercer at shooting guard.

“I had a choice,” Sheppard said. “I could battle it out for playing time with those guys or redshirt, let them be the featured players in ’97 and go on to the pros, and then it was my spot to lose in ’98.’’

The wait proved worthwhile. As a fifth-year senior, Sheppard helped that 1997-98 team win a national title for Tubby Smith, who took over when Pitino left for the Boston Celtics job.

Sheppard scored 27 points in an 86-85 overtime semifinal victory over Stanford and 16 more in the 78-69 championship game triumph over Utah.

Staying in school an extra year meant Sheppard entered the draft at the relatively advanced age of 23, though he doesn’t think that played much of a factor in his short pro career.

“A 23-year-old going into the draft (now), it’s almost a disadvantage,” said Sheppard, who also was part of Kentucky’s 1996 championship team. “It wasn’t quite that way back then. You had a lot of guys who were four-year guys going into the NBA. I was a 6-3, 185-pound shooting guard. I was good in a lot of areas. I don’t know if I was great in any area.”

Some other former Final Four most outstanding players without long NBA track records:

Berry still has time to play his way off this list because he doesn’t turn 25 until April 1, but he hasn’t yet appeared in a single NBA game.

The 6-footer scored 20 points when North Carolina lost 77-74 to Villanova in the 2016 championship game, and he followed that with a 22-point performance when the Tar Heels beat Gonzaga 71-65 in the 2018 NCAA Tournament final.

Berry was the first player to score at least 20 points in consecutive NCAA championship games since Bill Walton did it for UCLA in 1972-73.

He played one more season at North Carolina but went undrafted as his lack of height worked against him. Berry then tore his meniscus and fractured his tibia during his rookie season in the NBA G League.

He now plays for the G League’s Greensboro (North Carolina) Swarm. He was averaging 7.9 points but had a 44-point game just a couple of weeks ago before the season was put on hold because of the pandemic.

“All things happen for a reason," Berry said. “I was just happy that I was able to show that it wasn't just a college thing for me. I can do this at the pros. I just need the opportunity and a place to do it."

Dambrot helped CCNY go on one of the more remarkable postseason runs ever when it won both the NCAA Tournament and the NIT in the same year. The New York Knicks made Dambrot the seventh overall pick in the 1950 draft, but he attended Columbia’s dental school instead.

Then his life took a dramatic turn.

Dambrot and the entire starting lineup of that 1950 CCNY team were arrested in 1951 as part of a point-shaving scandal. Dambrot pleaded guilty to a misdemeanor conspiracy charge and didn’t get any jail time.

“They were kings of the town one day, and the next day they were the bums of the town, really, because of the scandal,” said Dambrot’s nephew, Duquesne coach Keith Dambrot.

Keith Dambrot said his uncle went on to a dental career. Irwin Dambrot died at the age of 81 in 2010.

Simon was an All-America guard who played for Arizona from 1994-98 and averaged 22 points in the 1997 NCAA Tournament. Simon scored 30 points as Arizona edged Kentucky 84-79 in the championship game.

The 6-foot-5 Simon went to Orlando in the second round of the 1998 draft but appeared in just five games with the Magic. He spent a handful of seasons playing overseas and in the Continental Basketball Association.

He is now an assistant coach with the Los Angeles Lakers.

Smart made one of the most memorable shots in NCAA Tournament history when he sank a 16-footer with five seconds remaining to give Indiana a 74-73 victory over Syracuse in the 1987 championship game.

Smart played one more year at Indiana. He was drafted in the second round by the Golden State Warriors in 1988, but his only NBA playing time was a two-game stint with San Antonio in 1988-89.

He continued to play several seasons internationally and in the CBA. He followed that with a long coaching career that has included head coaching stops with the Cleveland Cavaliers (2002-03), Golden State (2010-11) and Sacramento Kings (2011-13).

Williams scored 25 points each in North Carolina’s semifinal victory over Kansas and its championship game triumph over Michigan.

He played two more seasons at North Carolina after that, though a shoulder injury hindered him his junior year. Williams went undrafted and never played a game in the NBA.

But he did play professionally in several different countries and also had stints in the CBA and with the Harlem Globetrotters.

“All my life as a kid I dreamed of going to college and playing basketball, playing professional basketball and becoming a coach after that,” Williams said. “My life just lined up into that. The only thing I can say was bad was that I didn’t get drafted by the NBA. Outside of that, my basketball career was wonderful. I’m blessed.”