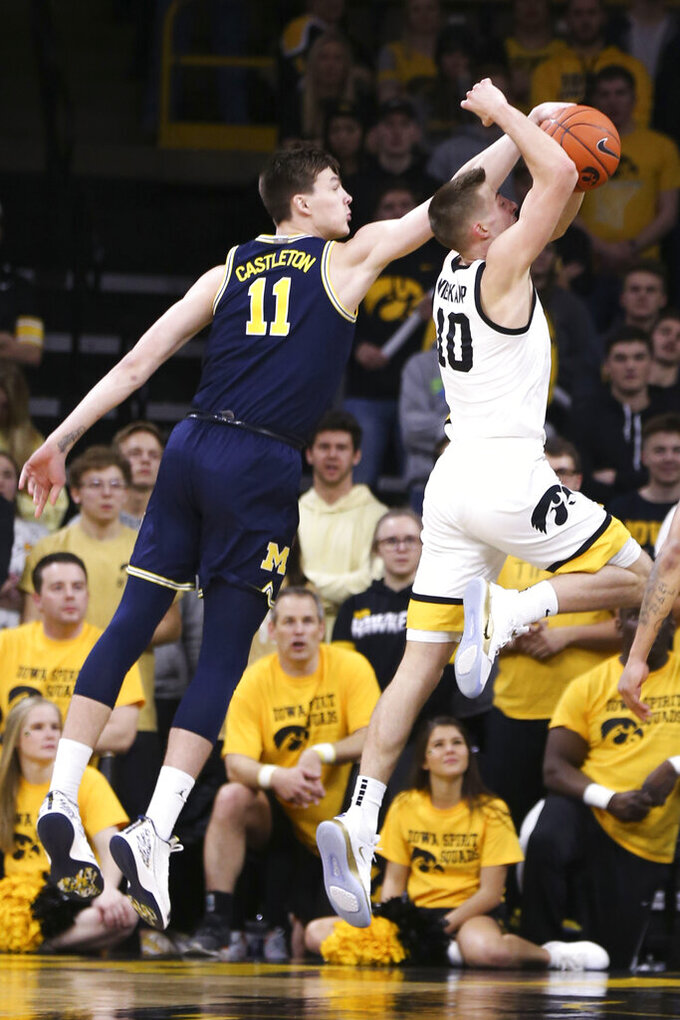 GAINESVILLE, Fla. (AP) — Florida has added another big man to its roster.

The Gators announced Thursday that former Michigan forward Colin Castleton will join the program and have two years of eligibility beginning with the 2021-22 season.

The 6-foot-11 Castleton, who grew up in nearby Daytona Beach, played 44 games for the Wolverines over the last two seasons. He averaged 3.4 points and 2.7 rebounds off the bench as a sophomore last season and shot 53% from the field.

As a high school senior, Castleton finished in the top 10 for Florida’s Mr. Basketball award while averaging 24.5 points a game at Father Lopez Catholic in Daytona Beach.

Castleton will have to sit out the 2020-21 season under NCAA transfer rules. He joins a program that has just two big men: rising sophomores Omar Payne and Jason Jitoboh. Forward Dontay Bassett entered the NCAA transfer portal last month and landed at Weber State.