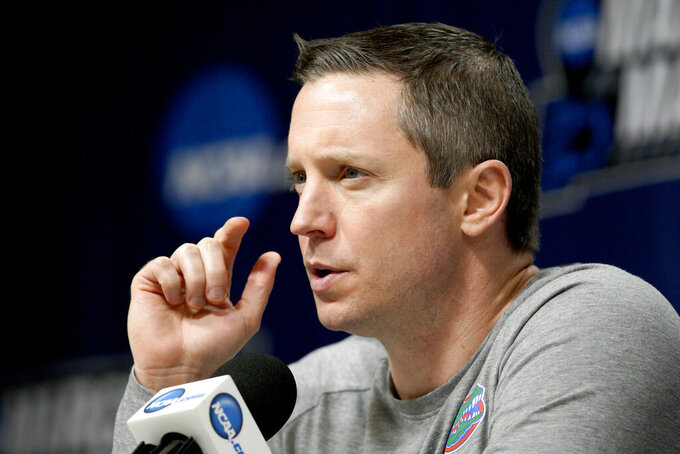 GAINESVILLE, Fla. (AP) — Forward Keith Stone will transfer from Florida after his expected graduation this summer.

Stone started 39 of 85 games in four seasons with the Gators. He averaged 6.2 points and 3.4 rebounds while shooting 39 percent from 3-point range. The fourth-year junior tore the anterior cruciate ligament in his left knee in mid-January and missed the rest of the season.

Coach Mike White says "Keith has been a part of three NCAA Tournament teams and a lot of wins. He has represented the Florida program the right way, and we wish him nothing but the best."

Stone had been benched in favor of freshman Keyontae Johnson at the time of his injury and likely would have found fewer minutes in 2019-20 since White has his best signing class on the way. The group includes highly touted forward Scottie Lewis.