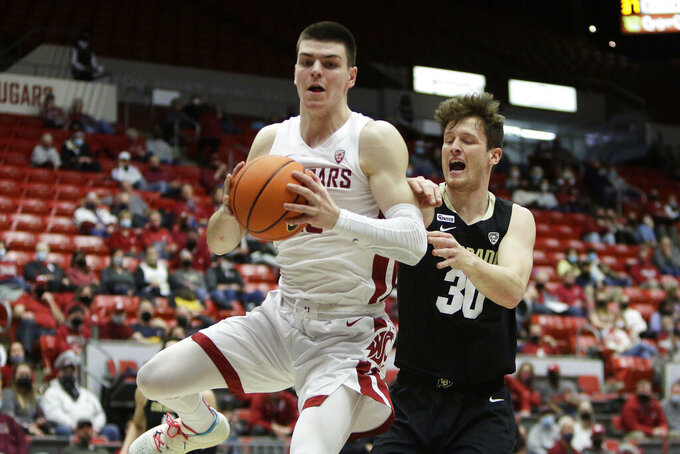 Flowers shot 6 of 9 from the field and had five assists. Jakimovski made 4 of 8 from 3-point range and added three steals.

Flowers 3-pointers 31 seconds apart to spark an 18-1 run that gave Washington State (12-7, 5-3 Pac-12) a 23-6 lead midway through the first half. The Buffaloes, who went scoreless for more than 5 minutes during that stretch, had a scoring drought of nearly-4 minutes later in the period and the Cougars took a 39-18 lead into the break.

Noah Williams made consecutive baskets and Jakimovski followed with back-to-back 3-pointers before Tyrell Roberts made a layup to cap a 12-0 spurt that gave Washington State its biggest lead at 66-31 with 7:07 to play.

Jakimovski has scored in double figures in three straight games and six of the last eight. He went into the game shooting 44.2% from 3-point range this season (third best in the Pac-12) and has made 11 of 23 over the last three games.