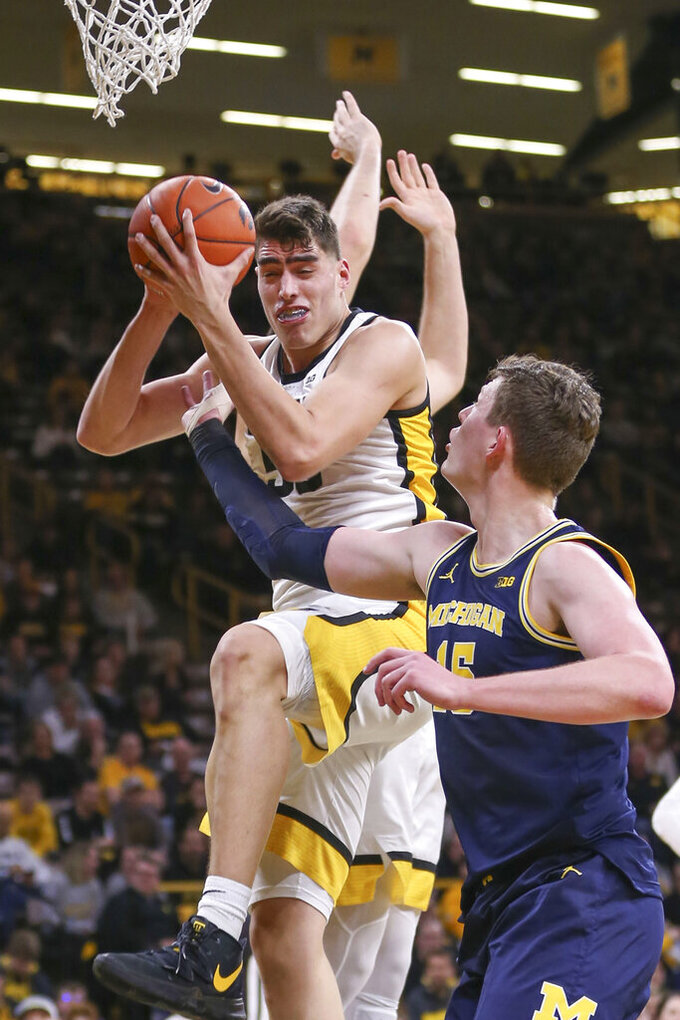 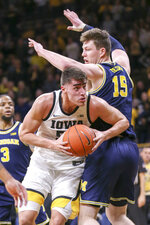 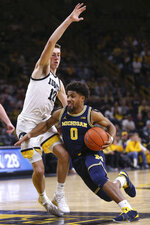 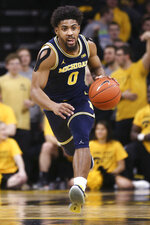 Garza, the Big Ten’s scoring leader, had a career-high 44 points in Iowa’s 103-91 loss at Michigan on Dec. 6. He was just as effective in this game, going 10 of 18 from the field and 11 of 13 from the line as he repeatedly drew fouls from the Wolverines.

CJ Fredrick had 21 points, Joe Wieskamp 20, and Ryan Kriener came off the bench to score 14 for the Hawkeyes.

Michigan: The Wolverines, like everyone else in the Big Ten, have struggled on the road. They have lost three of their last four games, all on the road.

Iowa: The Hawkeyes are on a three-game winning streak, with home games against Rutgers and Wisconsin up next.

Michigan: The Wolverines’ current skid could drop them out of the poll.

Iowa: The Hawkeyes were the first team among those receiving votes in last week’s poll. They should move back into the rankings with this win and Tuesday’s road win against Northwestern.

Michigan forward Isaiah Livers was in uniform, but missed his fifth consecutive game with a groin injury.

Livers is second in scoring for the Wolverines at 13.6 points per game.

Michigan plays at home against Penn State on Wednesday.

Iowa plays at home against Rutgers on Wednesday.