Georgia Tech pulls away in 2nd half, defeats Nebraska 73-56 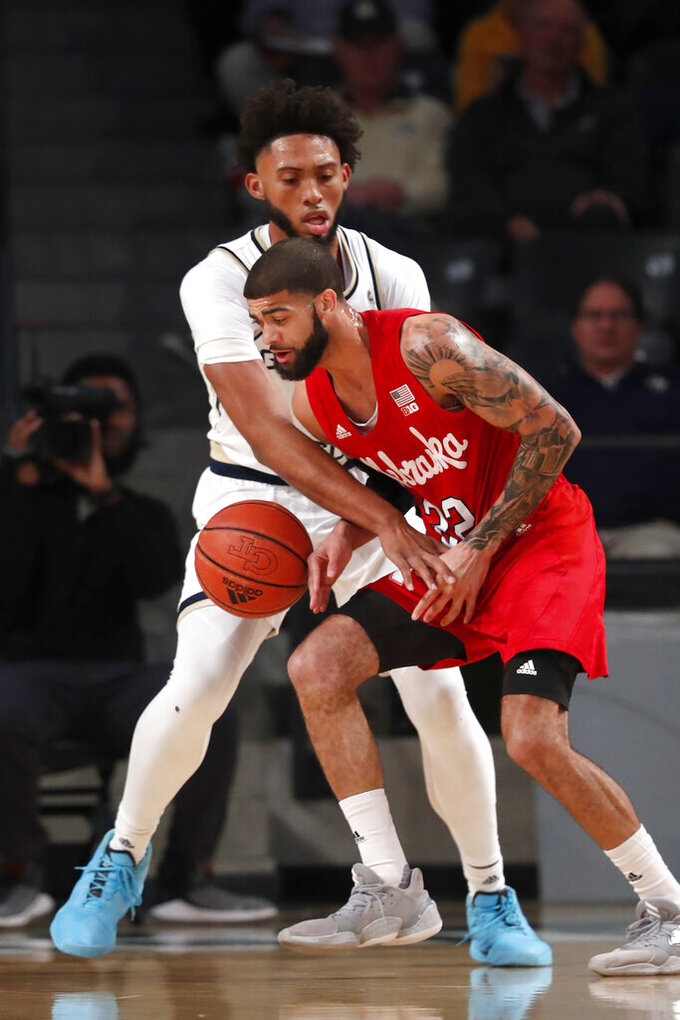 Nebraska guard Haanif Cheatham (22) has the ball knocked away by Georgia Tech forward James Banks III (1) in the first half of an NCAA college basketball game Wednesday, Dec. 4, 2019, in Atlanta. (AP Photo/John Bazemore) 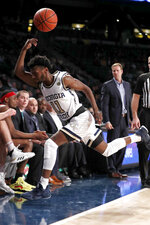 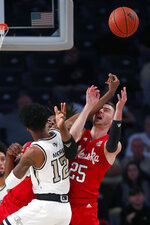 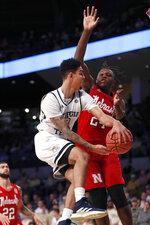 Coach Josh Pastner was more impressed with his team's defense.

Devoe scored 26 points and Georgia Tech pulled away from Nebraska in the second half for a 73-56 victory in the Big Ten/ACC Challenge on Wednesday night.

Alvarado missed his fourth game because of a high ankle sprain, which is expected to keep him out for at least three more weeks.

Not to worry. Devoe was essentially a one-man team as the Yellow Jackets (4-2) seized control.

First, he stepped behind the arc to swish a 3-pointer. Then, he slipped inside for a putback after corralling an offensive rebound, leading to a Nebraska timeout that gave the guard a chance to flex his muscles on the way back to his own bench. Finally, Devoe drove to the hoop, banked one in and drew the foul for a three-point play that made it 53-42 with just under 11 minutes remaining.

Nebraska devoted plenty of attention to Devoe, who was leading the Atlantic Coast Conference in scoring at 23.4 points per game.

He still managed to get open, eclipsing 20 points for the fifth time in six games.

“I just had to make good reads,” Devoe said. “My teammates made good reads and we executed very well tonight.”

Georgia Tech had a rare breather down the stretch after four of its first five games were decided by a total of nine points.

“We won through our defense,” Pastner said. “We're going to have some rough patches until Jose gets back.”

Nebraska (4-4), in its first season under coach Fred Hoiberg, couldn't overcome 32% shooting which only got worse over the final 20 minutes. The Cornhuskers connected on just 8 of 32 shots in the second half.

“You've got to fly around like your hair's on fire,” he said. “You can't be good defensively if you're cool, casual and cute. You've got to have a muck-it-up, grinding-type of mentality.”

“We've actually been shooting the ball very well of late,” Hoiberg said. “We just didn't get off to a good start knocking down shots. We were creating some good shots, some good opportunities."

Moses Wright had 18 points and nine rebounds for the Yellow Jackets. No one else had more than eight points for the home team.

In just the second meeting between the schools, Georgia Tech went to the locker room after a tight opening half with a 32-28 lead.

But the Yellow Jackets led by double digits through much of the second half and stretched the margin as high as 20.

Hoiberg thought the game turned in Georgia Tech's favor in the waning minutes of the first half.

The Yellow Jackets closed on a 10-2 run after the teams went back and forth through most of the period.

“The way they finished the first half gave them some momentum,” Hoiberg said. “We never recovered from it.”

Nebraska: Made 6 of 26 from 3-point range. Green knocked down 3 of 10 from long range; no one else made more than one trey. ... Cheatham had 11 rebounds, but the Cornhuskers were still beaten on the boards 47-43.

Georgia Tech: Devoe also got his teammates involved, doling out seven assists. For good measure, he grabbed eight rebounds. “Coach emphasizes guard rebounding a lot. He tells me to stick my nose in there and get some rebounds,” Devoe said. ... The Yellow Jackets also struggled from beyond the arc, hitting 5 of 23. Take away Devoe's 4-of-8 performance and the rest of the team was 1 of 15.

Nebraska: Makes the short trip to Creighton on Saturday to face its state rival.

Georgia Tech: Hosts Syracuse on Saturday in its second Atlantic Coast Conference game of the season.