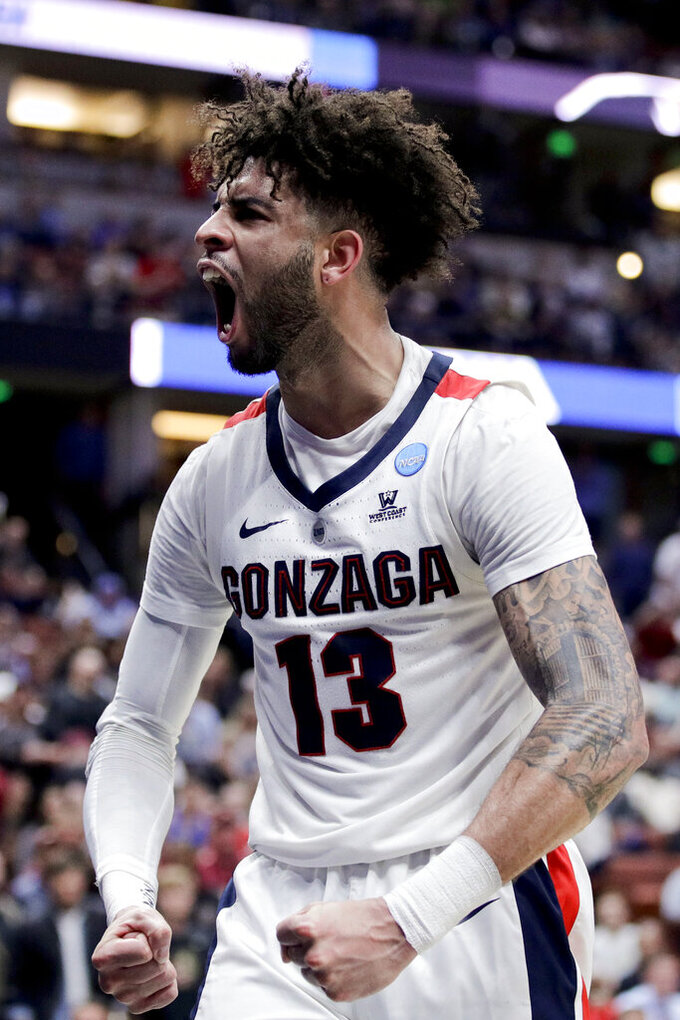 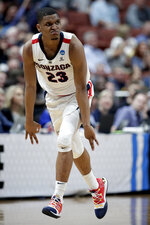 ANAHEIM, Calif. (AP) — Gonzaga was not going to be bullied by Florida State again with a spot in the Elite Eight on the line.

The top-seeded Bulldogs beat Florida State 72-58 in a Sweet 16 rematch Thursday night that moved Gonzaga to a regional final for the fourth time.

"This year we came with revenge and we did it," said Rui Hachiumura, who led Gonzaga with 17 points in the West Region semifinal.

Gonzaga (33-3) is back in the Elite Eight for the second time in three years after Florida State ended the Bulldogs' season last year. That defeat, as well as games this season against North Carolina, Duke and Tennessee, is what Zach Norvell Jr. said prepared Gonzaga to face fourth-seeded Florida State (29-8) again.

"We wanted to be more physical than them, take the fight to them both on offensive and defensive ends, trying to switch up schemes and don't let them get too comfortable," said Norvell, who scored 15 points.

Gonzaga will face Texas Tech on Saturday for the first spot in the Final Four.

The Bulldogs were the aggressors against Florida State, which had only lost to Duke and North Carolina in the two months leading into the NCAA Tournament. Gonzaga had four players score 14 or more points but was powered by defense — the Bulldogs outrebounded Florida State by nine, had 13 offensive rebounds and scored 17 second-chance points.

Florida State could not consistently counter Gonzaga's physicality, and the Seminoles shot just 39.3 percent from the field (24 of 61), were 3 of 20 on 3-pointers and committed 14 turnovers.

"They are great athletes so it's tough to get them off the boards," Seminoles forward RaiQuan Gray said. "Their off the glass play, they attack the boards hard. It was really tough to play against."

Brandon Clarke — who had 15 points, 12 rebounds and five blocked shots — also said that confidence played a role. The Bulldogs had Florida State's 7-foot-4 center Christ Koumadje in early foul trouble and held the senior to eight points and only 12 minutes.

"It's always tough when you're playing a player that's 7-4, so that just always kind of has you second-guessing when you're driving in the lane," he said. "But I feel like this year we weren't really doing that and we were just, you know, going in strong and just playing the game that we always play."

Gonzaga led most of the game but Florida State rallied to pull within four with less than four minutes to play. The Bulldogs closed the door though with a 12-2 run as Florida State missed six of seven from the field.

Trent Forrest led Florida State with 20 points. The Seminoles advanced to the Sweet 16 in consecutive seasons for the first time since 1993, but fell one step short of another trip to the Elite Eight. Terance Mann, who led Florida State with 18 points in last year's game, was held to five points on 1 of 8 shooting.

"I thought the second half where the game had gotten away from us a little bit, our guys worked hard and cut the lead down, but we couldn't seem to hit the open perimeter shots and that seemed to be what made the difference in the game," Florida State coach Leonard Hamilton said.

Florida State played without senior Phil Cofer, who learned after his team's first-round win over Vermont that his father, former NFL player Mike Cofer, had died after a long illness. The funeral is Saturday in Georgia and Cofer is with his family. The Seminoles left an open spot for Cofer when they lined up in pregame for the national anthem and wore a black patch on their warmups with Mike Cofer's initials.

Gonzaga: The Bulldogs, who lost to Saint Mary's in the West Coast Conference tournament final, are justifying why they are the top seed in the West. They have won their three NCAA Tournament games by an average of 21.3 points.

"We hadn't had much adversity in a long, long time. I think we just started leaking a little oil and were kinda getting away from what and why we were so good," coach Mark Few said. "I'm happy we reacted the way we did because we're back playing the way we played most of this year."

Gonzaga: Will face Texas Tech for the third time and second in the NCAA Tournament. The Red Raiders won 71-69 in a second-round game in 2005.