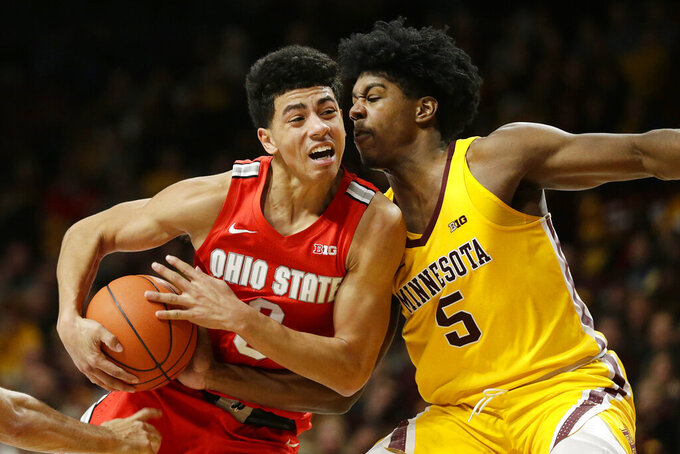 Marquette coach Steve Wojciechowski announced the addition of Carton on Thursday. The 6-foot-2 freshman from Bettendorf, Iowa, has three seasons of eligibility remaining.

The school news release announcing Carton’s decision didn’t indicate whether he was planning to seek a waiver enabling him to play for his new team immediately. The NCAA is considering allowing all Division I athletes to transfer one time without sitting out a season starting in 2020-21, but that change is still working its way through the approval process.

“I chose Marquette because of the relationship I have been able to develop with Coach Wojo,” Carton said in the release. “I think he understands me and can bring the best out of me, on and off the court.”

Carton averaged 10.4 points and played 20 games for Ohio State this season before announcing via Twitter on Jan. 30 that he was stepping away from the program for mental health reasons.

“In making this decision, I felt it was important to be transparent as to why I’m taking a break," Carton tweeted at the time. “I have been suffering from mental health issues for a couple years. I have been through a lot. I’m disappointed to say I’m not 100% right now.”

Carton then announced last month that he was entering the transfer portal.

Carton averaged 23.9 minutes, 3 assists and 2.8 rebounds for Ohio State while shooting 47.7% from the floor and 40% from 3-point range. He was rated as the nation’s No. 34 prospect in his high school class, according to composite rankings of recruiting sites compiled by 247Sports.

“We are excited to welcome D.J. to the Marquette basketball family,” Wojciechowski said. “We are looking forward to helping him reach his vast potential, both on and off the court. Marquette fans are going to love this young man.”