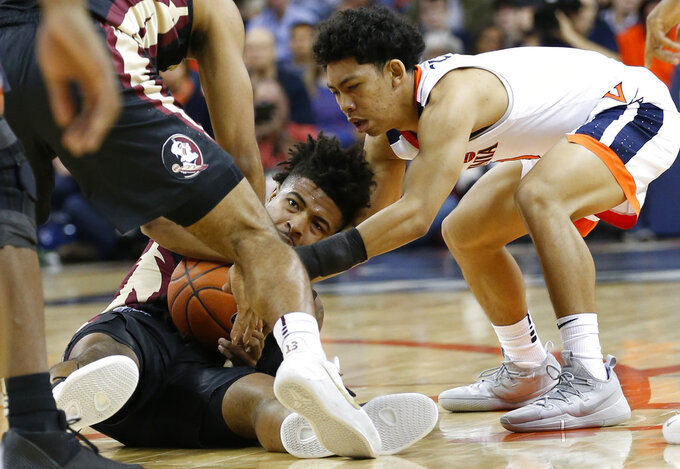 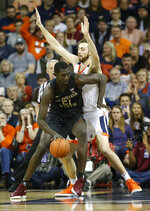 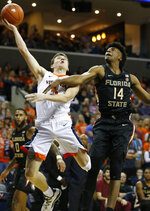 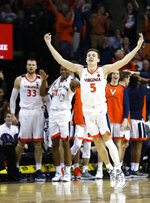 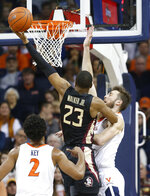 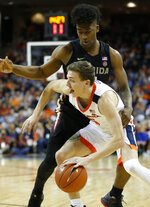 The No. 9 Seminoles were less ready for Braxton Key.

"You watch him play on film and ... you just don't believe a guy is capable of being that confident when he shoots the ball," Hamilton said of Guy, who set a Virginia record by stretching his streak of consecutive 3-pointers made to 11 before a late miss. "I'm not really sure I've seen many guys that seem to feel as good wherever he is on the floor that he's capable of putting it in the basket, and he does."

Guy scored 18 points in the first half, when he made as many field goals as the Seminoles, and Key added 12 before the break.

"Him coming in and giving them that much offensive output really set us back a little bit," Hamilton said. "He was the X-factor."

Guy and Key both made seven of 11 shots, with Key also hitting a pair of 3-pointers.

"Whenever I had an open look, I tried to be a little more aggressive today than normal and shots were falling for me," Key said.

"He let the game come to him and made some shots when they were there, attacked when it was there," Virginia coach Tony Bennett said of the transfer from Alabama. "That's his game. He's kind of a complete player who does a little bit of everything."

The Cavaliers (13-0, 1-0 Atlantic Coast Conference), who lead the nation in scoring defense (51.4), limited Florida State to just 15 field goals and continued their best start to a season since the 2014-15 team won its first 19 games.

"We were locked in and we were ready to play defensively," coach Tony Bennett said.

The Cavaliers closed the first half on a 15-2 run to lead 42-23 and led by as many as 29 before the Seminoles rallied late.

"They took advantage of every mistake we made, every shortcoming we had on the court," Hamilton said.

Phil Cofer scored nine points to lead the Seminoles (12-2, 0-1 ACC). Florida State shot just 34 percent (15-44) and became the 11th team held below 60 points by Virginia this season. The Seminoles finished with as many turnovers as field goals, leading to 21 Virginia points.

Virginia led 27-21 late in the first half before Key hit a 3-pointer to spark the 15-2 run to end the half. Key scored seven and Guy six in the burst, which gave the Cavaliers a 42-23 lead at the break. The Seminoles didn't match Virginia's first-half point total until the final minute.

The game had been long since decided, but Florida State scored the game's final 16 points over the last two minutes.

Florida State: The Seminoles came in having scored 73 or more points in all but two games and 80 or more in all but four, but shot just 34/1 percent (15-44) and missed 17 of their 23 attempts from 3-point territory

Virginia: The Cavaliers went more than seven minutes in the second half without a field goal and were outscored just 4-2 in that stretch.

Virginia: The Cavaliers head onto the road to face Boston College on Wednesday night.