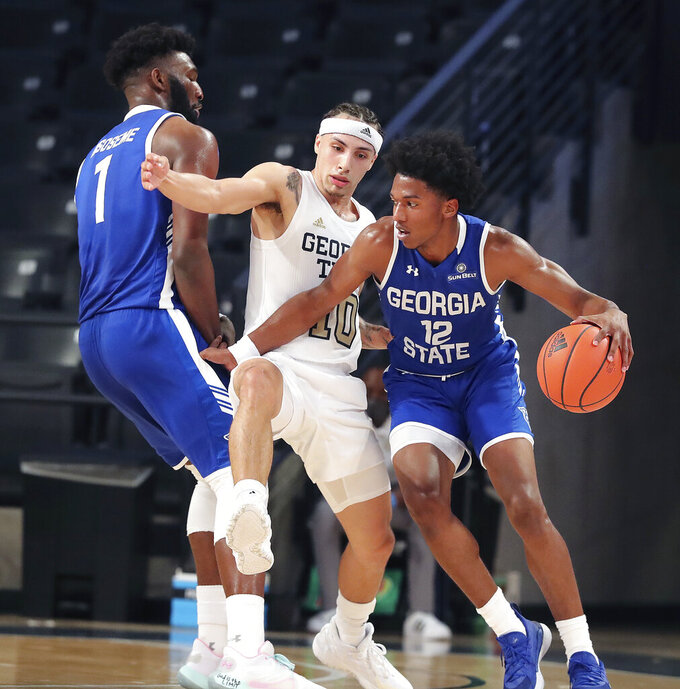 Rodney Howard hit a jumper that gave Georgia Tech (0-2) a 4-2 lead but Cummings made a 3-pointer 30 seconds later to spark a 10-0 run and the Bears never again trailed.

Georgia Tech, which went into halftime trailing 38-35, committed five turnovers and made just 2 of 16 from the field over the first 10-plus minutes of the second half as the Bears stretched their lead to double figures when Alvarez converted a three-point play that made it 51-41. The Yellow Jackets twice hit 3-pointers to trim their deficit to seven points, but got no closer.

Georgia Tech, coming off a four-overtime loss to Georgia State in its opener, got off to a hot start but appeared to run out of gas. The Yellow Jackets shot 56% in the first half.