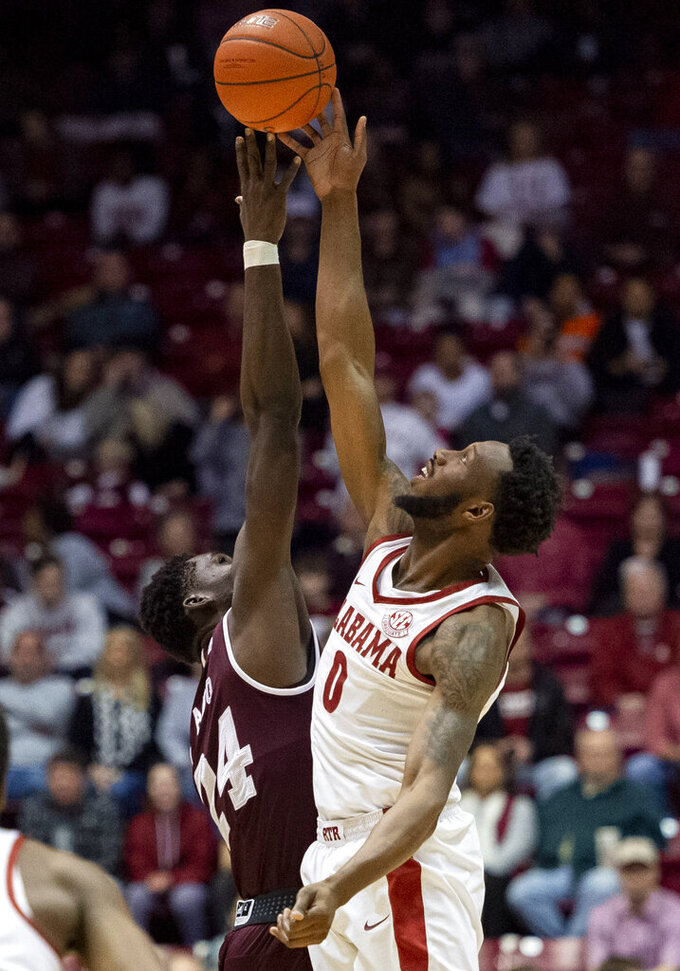 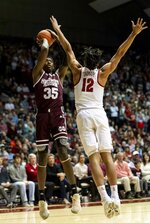 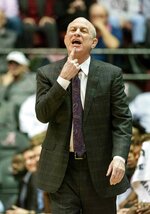 TUSCALOOSA, Ala. (AP) — Alabama had trouble protecting another late lead, but regrouped in time to topple No. 22 Mississippi State.

Twelve seconds later, the Bulldogs had a chance to tie, as Tyson Carter took a shot from the right corner. As he rose up, Alabama's Kira Lewis got over a screen and tipped the ball, which landed in Hall's hands.

"We got a good look for him," Mississippi State coach Ben Howland said. "He was open in the corner, and give him credit."

Alabama made its free throws down the stretch, converting five of eight attempts.

Hall picked up his third foul with 16:56 left in the game, sending him to the bench. Once he got off, he played 13 seconds before picking up his fourth.

"They did the right thing by going at (Hall), just trying to get that fourth foul, because they know how much he means to our team," Alabama coach Avery Johnson said.

With Hall and Herbert Jones struggling to stay on the floor, Alabama leaned on Petty and Norris. The two finished with 24 of the Crimson Tide's 34 bench points.

The upset win was the third for the Crimson Tide this month. It previously defeated Kentucky and Ole Miss.

For the Bulldogs (15-5, 3-4), Reggie Perry and Quinndary Witherspoon combined for 26 points in the final 20 minutes of the game. They finished with 18 and 14 points, respectively.

Mississippi State's Nick Weatherspoon missed a dunk with 1:04 left in the first half. His left knee buckled when he landed and he was carried to the locker room. He will have an MRI on Wednesday.

Howland said that he was tested for an ACL, and the doctors said that was most likely a patella injury.

Alabama: Norris finished with 11 points, breaking double digits in consecutive games. After missing nearly all of last year and the start of this season with injuries, Norris' leadership is key for this younger team. His numbers are starting to go back up, which means more playing time for the graduate senior.

Mississippi State: Weatherspoon's injury could be costly for the Bulldogs moving forward. The sophomore has started all 20 games and was the team's fourth-leading scorer with 10.4 points a game before Tuesday.

With 13:46 left in the game, the Bulldogs trailed by 10. They went on a seven-point run over 1:30 to cut the Crimson Tide's lead to three, starting a comeback.