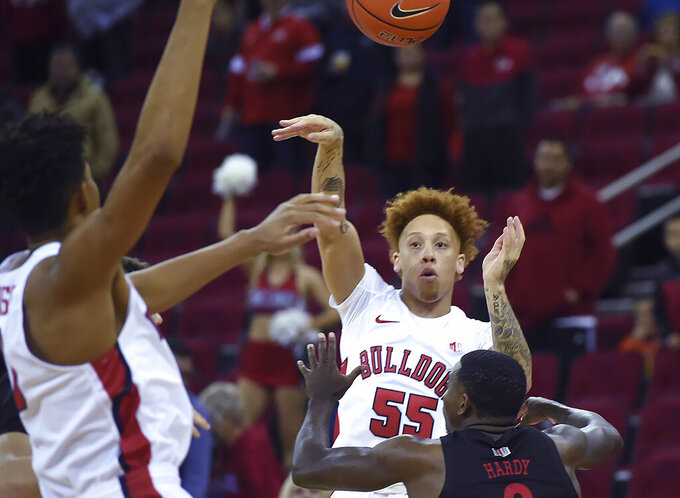 Hamilton finished with career high of 21 points —including seven in the second OT — and 14 rebounds. Amauri Hardy added 18 points for UNLV (4-6, 1-0 Mountain West).

Hamilton hit a 3-pointer and then made a layup to give the Runnin’ Rebels a 77-72 lead with 1:41 left in the game and then he and Tillman each made two free throws in the final minute to hold off Fresno State (2-5, 0-1).

Noah Blackwell had 18 points and Mustafa Lawrence scored 16 — both season highs — for the Bulldogs. Nate Grimes had his fourth double-double of the season, finishing with 12 points and 12 rebounds.

UNLV extended its NCAA record to 1,080 consecutive games with at least one made 3-pointer.

Tillman made 1 of 2 free throws with 10 seconds left in the first OT to tie the game at 72 and then the Runnin’ Rebels stole the ball so the Bulldogs couldn’t get up a last shot.

UNLV forced the first overtime when Hamilton stole the ball with 29 seconds left and drove down the lane and banked in a short jumper with six seconds to go to tie the game at 65. Blackwell missed a long, potential winning 3-pointer at the buzzer.