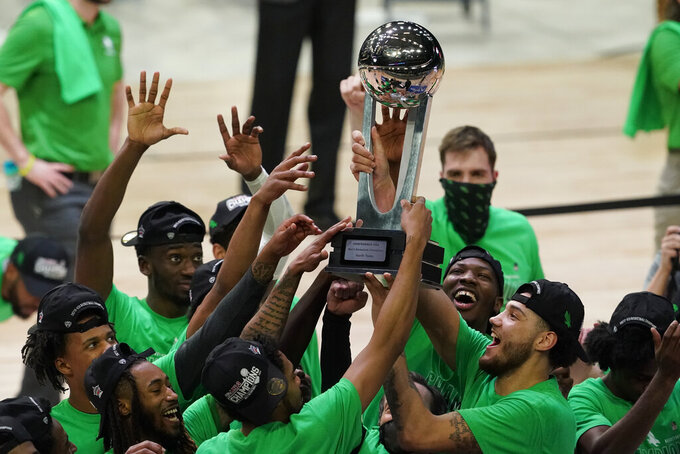 The Mean Green (17-9) earned a berth into the NCAA Tournament, their first since winning the Sun Belt Conference tournament in 2010.

WKU's Jordan Rawls hit a 3-pointer to open the scoring in OT and there were three lead changes and three ties before Hamlet's left-handed runner in the lane made it 59-57. Thomas Bell blocked a potential tying layup attempt by Taveion Hollingsworth with four seconds left before James Reese made two free throws to cap the scoring.

The Mean Green jumped to a 17-0 lead about five minutes into the game as WKU missed its first eight shots, and McBride hit a 3-pointer to give the Mean Green a 10-point lead with 15 minutes left in the second half. But Anderson answered with a jumper before Bassey scored nine straight points to spark a 19-2 run that gave WKU a 48-41 lead — its first of the game — about 12 minutes later after Anderson capped the spurt with six consecutive points.

The Hilltoppers, who fell to 23-7 all-time against North Texas, used a 7-0 run capped by a 3-pointer by McBride to close regulation and force OT.

Western Kentucky has lost each of the last three C-USA title games, falling to Marshall in 2018 and Old Dominion in 2019. The 2020 conference tournament was canceled after the first round due to the coronavirus pandemic.