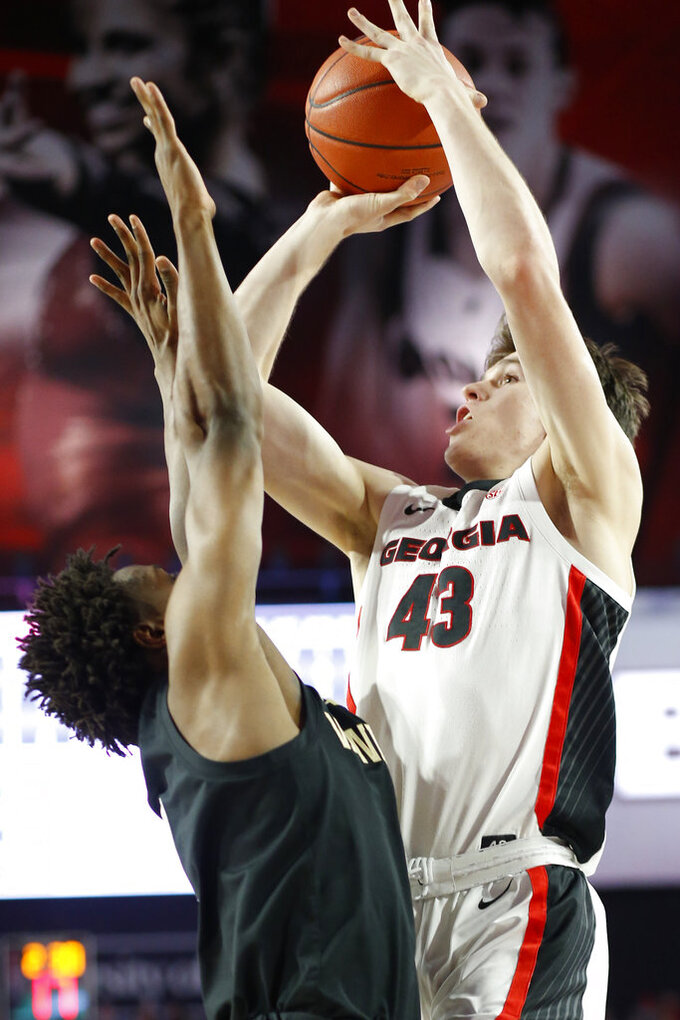 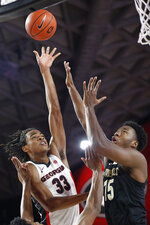 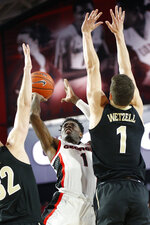 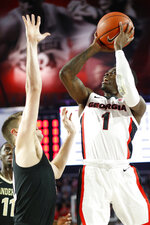 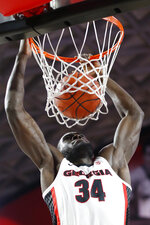 ATHENS, Ga. (AP) — Rayshaun Hammonds scored 19 points, all in the second half, and Georgia bounced back from an ugly loss in its SEC opener to beat Vanderbilt 82-63 on Wednesday night.

Derek Ogbeide had 15 points and nine rebounds for Georgia (9-5, 1-1 Southeastern Conference). The Bulldogs led only 56-55 before finally pulling away with an 18-2 run.

Forward Aaron Nesmith had nine points in his first start, joining Shittu to give Vanderbilt two freshmen in its first five.

Georgia first-year coach Tom Crean's Bulldogs enjoyed a strong recovery from their embarrassing 96-50 loss at No. 3 Tennessee in their SEC opener on Saturday. It was Georgia's most lopsided loss in 60 years and a tough welcome to the league for Crean.

The first of two first-half 3-pointers by Ignas Sargiunas gave the Bulldogs a 14-6 lead, but Vanderbilt answered with a 13-0 run to lead 19-14.

Nicolas Claxton drew three fouls in the first seven minutes of the second half and went to the bench with Georgia leading 48-41. Hammonds filled the void with a 3-point play and another basket for a 53-41 advantage.

Crean called a timeout and put Claxton and Ogbeide back in the game. The return of the starting forwards sparked Georgia's decisive 18-2 run to push the lead back to double figures.

Vanderbilt: Coach Bryce Drew was called for a technical foul early in the second half as he protested that a foul should have been called on Claxton's block on Shittu under the basket. The Commodores were resilient in keeping the game close in the second half before Georgia's late run. Shittu, the native of Canada coming off a career-high 21 points in a loss at Mississippi on Saturday, made only 5 of 15 shots from the field.

Georgia: The Bulldogs showed the competitive fire late in the game Crean said was missing at Tennessee. Jackson's 3-pointers were a good sign the senior guard can regain his confidence and give Georgia much-needed backcourt leadership. Georgia showed some improvement in its long-range shooting. After making 1 of 20 3-pointers at Tennessee, the Bulldogs were good on 9 of 26 3s.

Vanderbilt: Visits No. 18 Kentucky on Saturday.

Georgia: Visits No. 11 Auburn on Saturday.