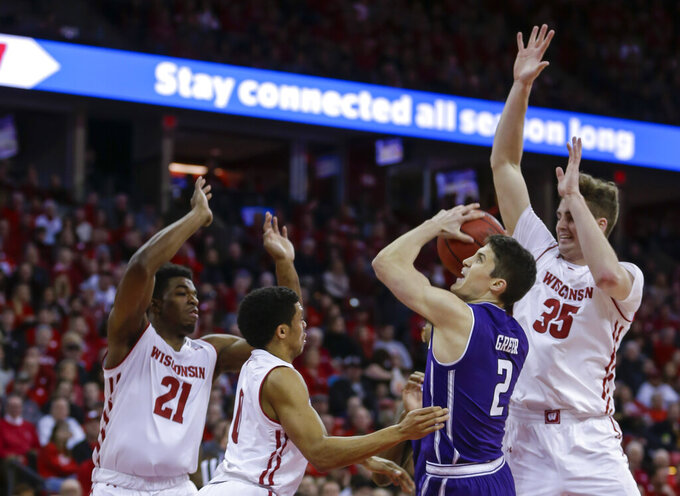 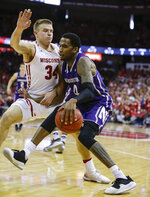 Meanwhile, Northwestern (12-8, 3-6) turned in its worst shooting performance of the season, hitting just 30 percent from the field. That included 7 of 30 in the second half (23 percent).

Wisconsin took control of the game with a 19-2 run that wrapped around the end of the first half and beginning of the second. It began as Wisconsin hit six of its last seven shots of the first half to end the period on a 14-2 run.

The Wildcats then missed their first six from the field in the second half as the Badgers pushed their lead to 39-24 on Nate Reuvers' three-point play.

The Wisconsin lead didn't dip below double figures the rest of the game.

Vic Law came into the game as Northwestern's leading scorer at better than 16 points per game. But he was 2 of 11 from the field and finished with six points. Anthony Gaines and Dererk Pardon led the Wildcats with eight points each.

Northwestern: The Wildcats, who normally shoot 43 percent from the field, struggled offensively as they missed out on a chance to build on back-to-back conference wins over Indiana and Rutgers.

Wisconsin: After a stretch in which it lost four of five, the Badgers are now riding a three-game winning streak.

Wisconsin: Travels to Nebraska on Tuesday.