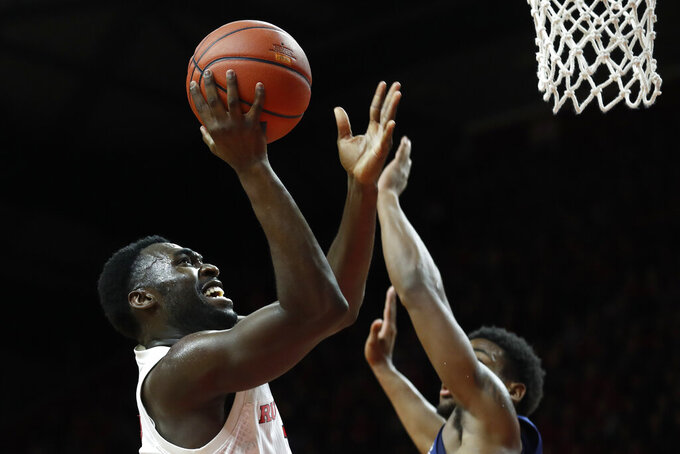 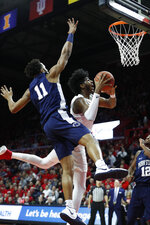 PISCATAWAY, N.J. (AP) — Rutgers' season of expectations is off to a historic start in conference play.

Ron Harper Jr. had 22 points to help Rutgers beat No. 20 Penn State 72-61 on Tuesday night as the Scarlet Knights are 3-1 for the first time as member of the Big Ten.

The last time Rutgers started off conference play this well was three conferences ago, as members of the Atlantic-10 in 1994-95. However, fourth-year coach Steve Pikiell, who has preached enjoying the journey and taking things one game at a time all season, isn’t going to start talking about the NCAA Tournament just yet.

“We have 16 games left. We were picked 12th in the league We gotta go to practice. … There's a lot of season left,” Pikiell said. “I do appreciate the excitement and enthusiasm people have. It doesn't help us win games. We gotta play well, we gotta beat really good teams with great coaches, we gotta go on the road and win. We gotta do a lot of things before we start talking about anything else."

Rutgers took a lead at 34-33 on a second-chance basket by Myles Johnson with 17:53 to go. It was the Scarlet Knights first lead since 4-3, when Harper. hit two foul shots from a flagrant foul on Jamari Wheeler. As Rutgers was trying to inbound, Wheeler elbowed Harper in the chin.

Looking like a different team in the second half, Harper credited junior captain Geo Baker, who missed his second game with a broken thumb, for rousing the locker room at halftime.

“He’s our fearless leader,” Harper said. “Just because he’s hurt, just because he doesn’t mean he’s going to take a back seat. He still the relentless leader that he is when he’s dressed up and on the court with us.”

Penn State was led by Myreon Jones’ 21 points, while Mike Watkins had 17 points on 7-of-8 shooting. Jacob Young added 13 points for Rutgers.

“I'm not going to overreact,” Penn State coach Pat Chambers said. “There's a lot of good teams in this league this year. We'll learn from this. We’ll watch film. We’ll get up tomorrow and we'll get better. That's all we have to do. We have another incredible opponent on Saturday. Wisconsin just beat Ohio State last week, so we got to be ready to go. We got to put this behind us. It's just like Iowa, put it behind you. Rutgers tonight, we got to put it behind us.”

Rutgers: The Scarlet Knights are off to their best start through 15 games since the undefeated regular season in 1975-76 that culminated in a Final Four, and with its second win over a Top 25 team following a Dec. 14 win over No. 22 Seton Hall, dreams of a postseason look attainable. Rutgers hasn’t made the NCAA Tournament since 1990-91, and last made the NIT in 2006.

Penn State: While a five-game win streak was snapped, the Nittany Lions are still in good shape under ninth year coach Pat Chambers. sitting at .500 and in the middle of the pack of a loaded Big Ten Conference.

Pikiell didn’t offer much of an update on Baker, who missed the last two games after breaking his thumb in practice prior to the Nebraska game. However, it doesn’t appear that the Scarlet Knights leader will need surgery.

Rutgers: At Illinois on Saturday