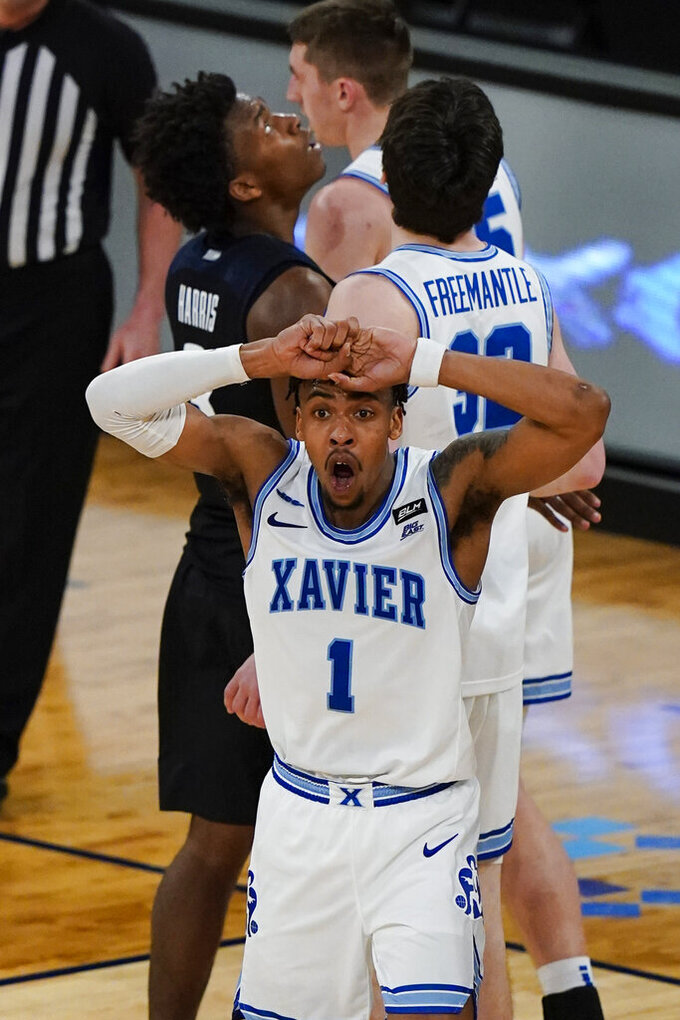 Xavier's Paul Scruggs (1) reacts to a call during the second half of an NCAA college basketball game against Butler in the Big East conference tournament Wednesday, March 10, 2021, in New York. (AP Photo/Frank Franklin II) 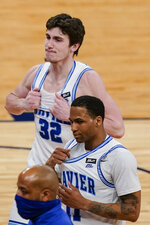 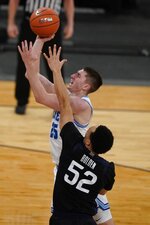 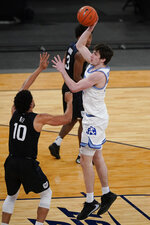 NEW YORK (AP) — Chuck Harris was clutch for Butler, drilling a straightaway 3-pointer and then sinking the game-winning free throws with three seconds left in overtime as the tenth-seeded Bulldogs ousted Xavier 70-69 in the Big East tournament on Wednesday night.

The win moves Butler (10-14) into a quarterfinal against second-seeded and No. 17-ranked Creighton on Thursday. The teams split their regular-season games.

Harris, who was 0-of-6 shooting by halftime, came alive with an early 3-pointer in the second half as Butler began a long climb back into the game. Bryce Golden added 20 points, with 12 in the second half, and Bryce Nze 19.

Dwon Odom and Zach Freemantle led Xavier with 14 points each, a career-high for Odom. Paul Scruggs and Colby Jones added 10 each.

Scruggs made two free throws to lift Xavier into a 69-68 lead with 18 seconds left in overtime. He had gone scoreless from 7:33 of the first half until the first minute of overtime.

For a nine-minute span of the second half, Butler outscored Xavier 18-7. The Musketeers missed 12 of 15 shots in that stretch.