Hartford guard leads fight off the court against violence 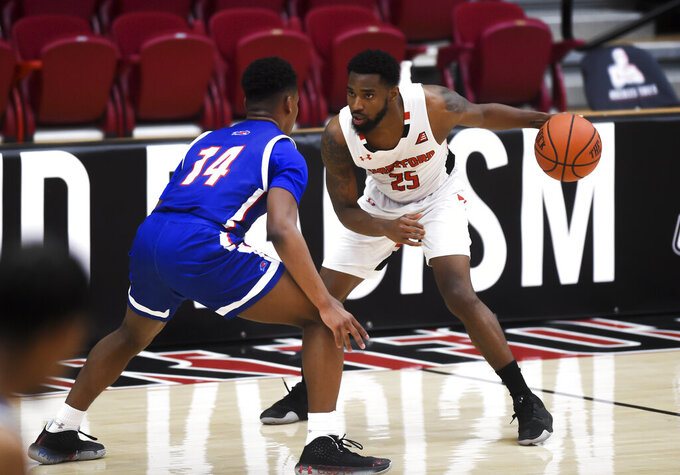 Traci Carter vowed to help make a difference for at-risk youth when he lost his brother to gun violence less than a year ago. He has kept at it while leading the University of Hartford to its first NCAA Tournament appearance.

Carter, a 24-year-old graduate transfer, started Anchors Camp after his brother was slain last summer in their hometown of Philadelphia. City kids travel to a farm near tiny Madison, New York, where they participate in traditional camp activities but also tour Colgate University and are introduced at the camp to basic skills in fields such as plumbing, electrical work and barbering.

Hartford plays Baylor on Friday night and Carter, a point guard who averages about 12 points a game, can again showcase the work he’s done off the court. He speaks openly about losing his brother, including how it happened — and how it prompted him to take action.

“Philly, we’re the murder capital right now,” he said. “I had to figure out something to do to make a change.”

Carter’s brother, 21-year-old Semaj Carter, and two nephews, ages 18 and 15, were shot last July while sitting in a car after a recreation league basketball game. One nephew was shot in the face, the other in the ribs, but both survived.

Semaj, one of six of Carter’s siblings, did not.

He’d been raised primarily by a grandmother because, Carter said, their mother suffered from drug problems. Just three years older, Carter said he was a father figure to Semaj and recalls fixing his bottles when his brother was a baby.

Carter acknowledged that poor life decisions by his brother made Semaj a target of the shooting. But Carter said his brother also had a gift for engineering and could take almost anything apart and put it back together without directions.

He doesn’t think his younger brother ever saw a way to turn those skills into a better life. The goal of Anchors Camp, Carter said, is to demonstrate career paths that don’t involve sports and entertainment — or drugs — but still lead to success.

Following Semaj’s death, Hartford coach John Gallagher took the guard on a beach vacation as a break from Philadelphia. Carter was introduced to Jim Newfrock, a former Korn Ferry executive who owned a farm in New York.

The idea for the camp was born during conversations and three weeks later, Carter brought his nephews and six other kids from his neighborhood to Newfrock’s farm. They were introduced to volunteer tradesmen and grief counselors, an experience that changed the lives of Carter’s nephews.

One discovered plumbing and currently is applying for internships with the help of camp officials. Another learned the electrical skills needed to fix an outlet in the family home.

Carter is now raising funds for weeklong camps this summer and has filed paperwork to make Anchors Camp an official charity. Ever the point guard, he said he is working with Newfrock, schools and other charities to help direct campers to educational and vocational opportunities.

Carter said he found a new perspective through the camp that has made it easier to perform in meaningful basketball games — winning or losing was not the most important factor to success.

“It took a load off, a pressure off,” he said. “Once I began to figure out that my life does not solely depend on whether I’m successful on the court, my life started to change.”

Gallagher said Carter’s teammates have rallied around him since the tragedy and the team dedicated its America East Tournament championship to his brother. Next up is Baylor.

Carter will graduate in May with a master's degree in communications and will begin working full-time on Anchors Camp, with the goal of eventually opening camps across the nation.

“He was always mature; he was always this way,” Gallagher said. “But now he’s on a mission.”