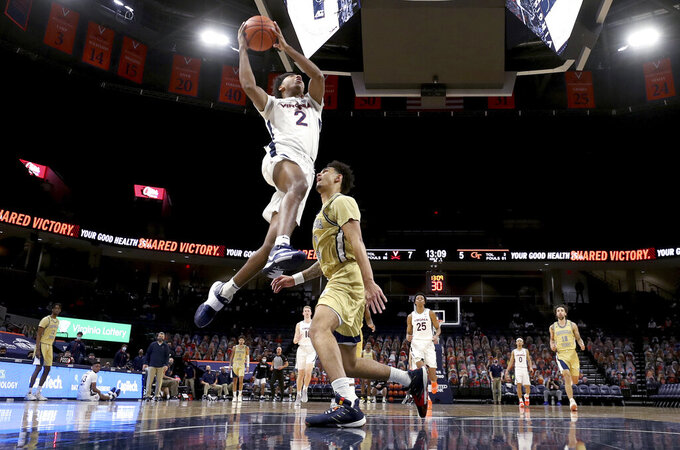 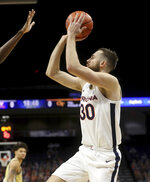 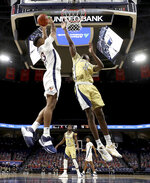 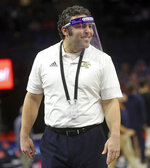 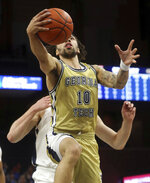 CHARLOTTESVILLE, Va. (AP) — Sam Hauser scored 11 of his 22 points during a 15-2 second-half run and No. 13 Virginia survived a scare before rallying to beat Georgia Tech 64-62 on Saturday night.

Kihei Clark scored only two points for Virginia (10-2, 6-0 Atlantic Coast Conference), but they came on a short jumper with 1:09 left that broke a 62-all tie.

Jay Huff added 18 points and five blocks for the Cavaliers. The last came on a shot in the lane by Moses Wright (13 points) with about 40 seconds left and Virginia ahead 64-62.

Of Clark's off-night but late confidence to hit the game-winner, Bennett added, “You've watched him for three years. He's a winner. You just see what he's done in big settings.”

Jose Alvarado scored 20 points and had eight assists and six steals, and Jordan Usher scored 15 of his 19 points in the first half for the Yellow Jackets (7-4, 3-2). They had their five-game winning streak snapped.

Hauser started the go-ahead burst after a timeout with a pair of 3-pointers and finished it with a short jumper and another 3-pointer, giving Virginia its sixth win in a row and 14th in a row in the league dating to last season. But he said it was at the other end that made the difference.

“I think a big part of it was turning up our defense in the second half.” the trassfer from Marquette said. “In the first half they kind of got whatever they wanted it seemed like.”

The Yellow Jackets' second 12-2 run of the first half gave them a 31-23 lead, and they remained in front until Hauser ducked under a shot block attempt and made a 10-footer to give the Cavaliers a 57-56 lead with 4:57 to play.

His fourth 3-pointer 90 seconds later completed the run, but the Yellow Jackets pulled even on a 3-pointer by Wright after inbounding the ball with just one second on the shot clock.

Georgia Tech: The Yellow Jackets, led by Usher with 15 points, had two 12-2 runs in the first half. Usher made two of three tries from 3-point territory and the team was 5 of 8 in the half. They also forced six turnovers against the team that ranks second nationally with only 8.2 turnovers per game. Virginia had just three turnovers after halftime.

Virginia: Clark came into the game averaging 14 points in his last six games, but missed his first eight shots before breaking a 62-all tie on a short jumper with 1:09 to pay. but finished 1 for 9 from the floor. Trey Murphy III, the team's No. 3 scorer (11.1 ppg), played 25 1/2 minutes but scored just three points on 1 for 4 shooting.

“He's got ice in his veins,” Huff said of Clark, who finished 1 for 10 from the field, “and I trust him more than anyone in a lot of ways.”

There's not shame in struggling against an ACC team on a five-game winning streak. Another challenge will come Monday night when Syracuse visits.