Have we met? Familiar names in a new place, March Madness 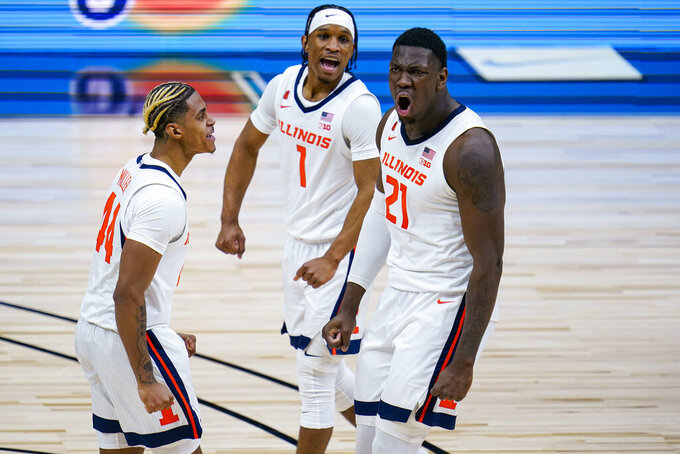 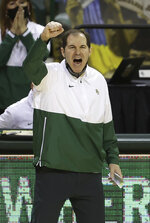 INDIANAPOLIS (AP) — Nobody will get a lump in their throat or start sizing up glass slippers for programs like these — Alabama, Illinois, Baylor.

They're not underdogs. They're hardly unknown. What they are is a group of new teams with well-recognized names in the NCAA Tournament, and they're hoping to keep making life hard on some of the programs that have long had a stranglehold on March.

Alabama is a 2 seed, matched for the best in its history, on the strength of its first SEC Tournament title in 30 years.

Baylor, building momentum for a while now, beat out Kansas for the Big 12 regular-season title despite a three-week break induced by the coronavirus. The Bears are top-seeded for the first time.

Illinois is making its first trip to the tournament since 2013, joining a more traditional Big Ten power, Michigan, as a No. 1 seed.

“I'd be lying if I said there weren't a lot of ‘uh-oh’ moments” along the road to rebuilding Illinois, coach Brad Underwood said.

All these programs have, indeed, had their uh-oh moments over the years, which is what makes their trip to the top of the brackets that much more unique.

Even before the pairings were announced, the pandemic ensured this NCAA Tournament was going to be a much different affair. Then, some dominoes started falling. Duke and Kentucky, two longtime maestros of March, didn't even make the field of 68 — the first time that pair has missed the tournament together since 1976.

Michigan State struggled. Kansas had a not-quite-Kansas kind of year. North Carolina found itself with a late-season matchup against Duke not for the ACC title but basically to keep its tournament chances alive.

Meanwhile, the Crimson Tide was rolling, and it had nothing to do with the football field. They make movies about the history of Alabama football. The history of Alabama basketball can be written on a postcard: Wimp Sanderson and his plaid sports coat, Robert Horry, one trip to the Elite Eight in 21 previous, mostly unmemorable visits to the tournament.

“They weren't terrible at basketball, and it seemed like they were on the verge of being a good basketball school,” said Herb Jones, the third-team All-American out of Greensboro, Alabama. “It looked like the perfect place to come in and turn the narrative, and give kids from Alabama a place to play basketball instead of going out of state.”

Illinois was a powerhouse once, but its last trip to the Final Four was in 2005, and that came nearly a decade after Lou Henson left and brought an end to a golden era for Illini hoops. Underwood said when he arrived four years ago, he did an informal poll of his players to start each season, asking them which team in the Big Ten plays the hardest.

Michigan State slipped in this season as an 11 seed. So did UCLA and Syracuse, a few more familiar names that took a little longer to find in this year's bracket.

Meanwhile, some other Power Five teams are finding themselves enjoying a new cachet — maybe not tournament regulars, but certainly not to be overlooked.

Rutgers is in for the first time since 1991. Its first-round opponent, Clemson, is a once-proud program that has been overshadowed by football in recent years. Another “football school," Florida State, is in Year 5 as a burgeoning hoops power in the ACC, coming in as a 4 seed after two straight trips to the Sweet 16.

Could this be the year a team like the Seminoles, or Baylor, or Alabama, finally breaks through?

In some ways, it would feel like a repeat of the last tournament, in 2019, when Auburn, Virginia and Texas Tech made the Final Four. They were names everyone had heard of, just not always because they were winning in March.

This story has been corrected to show Henson left Illinois nearly a decade before the 2005 Final Four run, not 20 years.