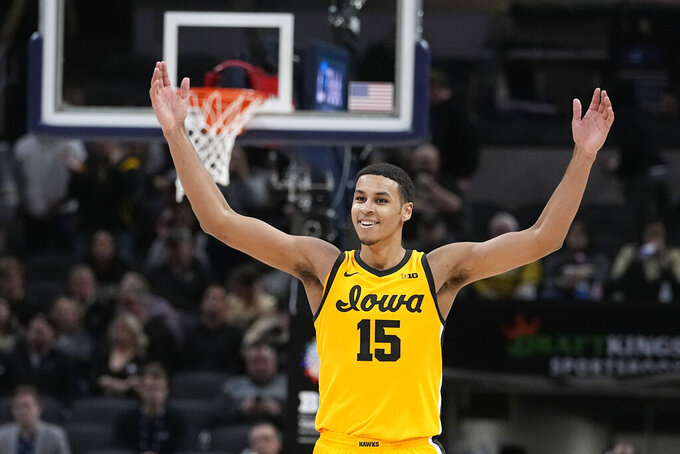 Murray tweeted on Tuesday that he would leave the Hawkeyes after a sophomore season in which he was the Big Ten scoring leader, a consensus All-American and unanimous pick to The Associated Press All-Big Ten team.

“As a kid, I dreamed of playing in Carver-Hawkeye Arena and wearing the black and gold,” Murray wrote. “I am forever grateful that coach (Fran) McCaffery gave me the opportunity to live out my dream. You believed in me when few did, and you're a big part of why I'm in this position.”

Murray helped lead the Hawkeyes to a 26-10 record, a fourth-place tie in the Big Ten standings and the conference tournament championship. His average of 23.5 points per game was best among players from Power Five schools, and he scored at least 20 points in 26 games.

Murray is projected to be an early first-round pick in the draft, which is set for June 23.

“We are excited for Keegan as he begins his professional journey,” McCaffery said. “He has earned the right to be a lottery pick. Keegan is incredibly professional and even keeled with everything he does. Not only did Keegan accomplish things no other Hawkeye underclassman has ever done, but he also represented our program at the highest level. We fully support Keegan and will assist him every way we can throughout the draft process.”