'From the heart': Mullin's decision to leave St. John's 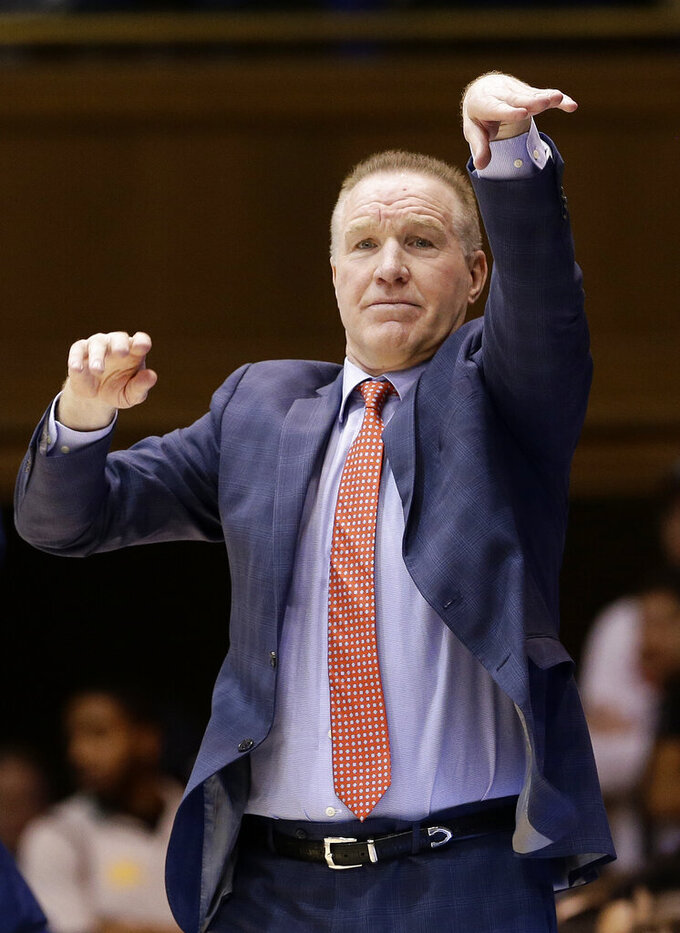 FILE - In this Feb. 2, 2019, file photo, St. John's head coach Chris Mullin directs his players during the first half of an NCAA college basketball game against Duke, in Durham, N.C. Mullin felt in his heart that it was time to move on from St. John’s. Mullin stepped down as coach of the school he starred at as a player in the 1980s earlier this month after four years on the job. (AP Photo/Gerry Broome, File)

NEW YORK (AP) — Chris Mullin felt in his heart it was time to leave St. John's.

He stepped down this month after four years as coach at the school where he starred in the 1980s.

"It got to a certain point for me to do something different," Mullin told The Associated Press on Monday. "Straight from the heart and gut, when you do it that way it's natural. It wasn't anything but that. I'm excited to do some different things."

Mullin had two years remaining on his contract. At the time he resigned, he mentioned a "recent personal loss." Older brother Roddy died in March after battling cancer for years.

The 55-year-old coach was coming off his first winning season and only trip to the NCAA Tournament, an accomplishment he described as a "lifetime memory." The Red Storm lost to Arizona State in a First Four game last month.

"I think it's all about timing. I had four great years," Mullin said. "It was time to do something different. It's a lot of work, it's time consuming. We grew each year. Last year we had incredible success from where we came from. We had steady progress each year, which was hard to do."

Mullin was happy with the Red Storm's recent hiring of Mike Anderson, who was announced as the new coach Friday after he was fired at Arkansas last month.

"He's a great selection. He's got a great track record, I got friends that know him," the Hall of Famer said. "Some of my friends who played at Arkansas know him well. He's a class guy, great fit. He'll do a good job."

"That place and I go back to when I was 10 years old with coach (Lou) Carnesecca," he said. "It will continue. I met my wife there. It's beyond my playing and coaching there. It's a special place for me and always will be."

Mullin is now an ambassador for USA Basketball's 3-on-3 initiative, with the game to debut at the 2020 Tokyo Olympics. He's been associated with USA Basketball for nearly 40 years, playing on the 1984 and 1992 Olympic teams. Now he's excited to be talking up the schoolyard game that's in his blood.

"It's something we've always done in the parks and it's the core of basketball," Mullin said. "It really emphasizes the fundamentals of the game."

Mullin knew which of his three Dream Team teammates from 1992 he would want on a 3-on-3 team.