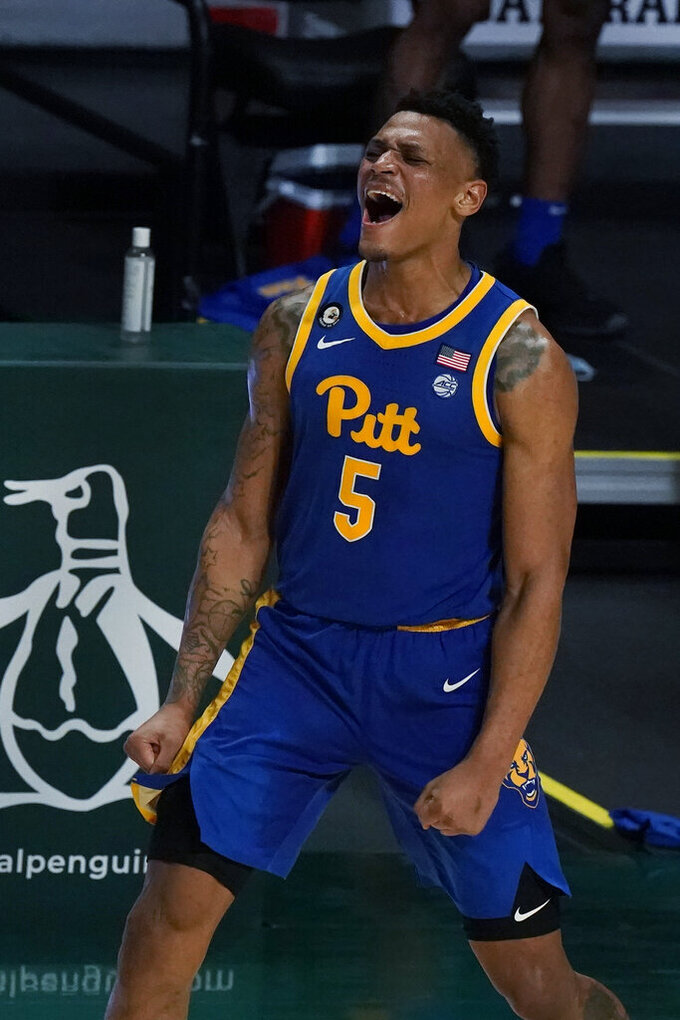 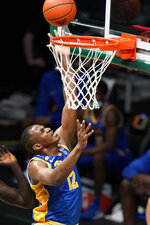 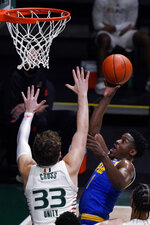 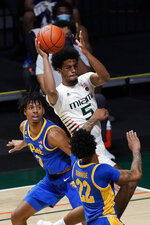 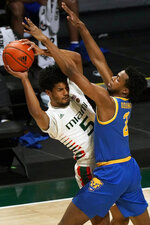 CORAL GABLES, Fla. (AP) — Au'Diese Toney and Ithiel Horton combined to score 29 of their 33 points in the second half as Pittsburgh pulled away for a 70-55 win over short-handed Miami on Wednesday night.

Horton, a sophomore transfer who averaged 13.2 points and shot 41% from 3-point range at Delaware, had a season-high 18 points — all in the second half — and Toney finished with 15 points. Justin Champagnie had 10 points and nine rebounds for Pitt (5-1, 1-0 ACC).

Harlond Beverly, in a 70-second span, sandwiched a 3-pointer and a layup around a 3 by Isaiah Wong to give Miami a 35-34 lead, its first lead since the game's opening minutes, with 15:45 to play. Horton answered with a 3-pointer to spark a 19-2 run that gave the Panthers a 16-point lead midway through the second half.

Miami went into the game with only seven healthy scholarship players and Matt Cross left the game with about 12 minutes left and did not return. Elijah Olaniyi, a senior transfer from Stony Brook, was granted eligibility about an hour before tipoff. The 6-5 guard had seven points, three assists and two steals in 37 minutes but was 2-of-12 shooting, missing all seven 3-point shots.