Hot shooting in second half gets Pitt past Syracuse, 64-53 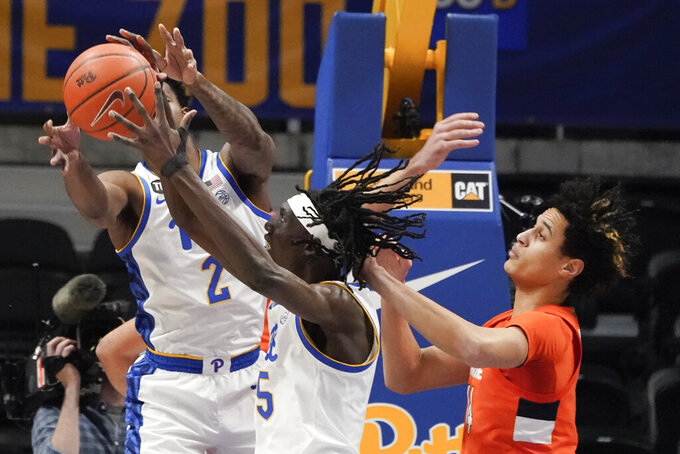 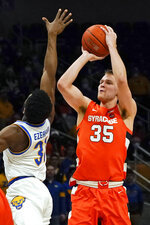 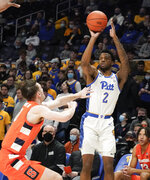 PITTSBURGH (AP) — Jamarius Burton scored 17 of his 21 points in the second half as Pittsburgh shot 50% after halftime to beat Syracuse 64-53 on Tuesday night.

Burton was 6 of 14 from the floor, added five assists and had three of the Panthers' seven 3-pointers. He has scored in double figures in 13 consecutive games.

Buddy Boeheim scored 25 points on 9-of-23 shooting with four 3-pointers, and was the only one to score in double figures for Syracuse (9-11, 3-6). Cole Swider finished with nine points. Jesse Edwards and Jimmy Boeheim added eight points apiece. Girard was 1-of-9-shooting. The Orange entered with each starter averaging double-figure scoring.

Syracuse, which has lost three of its last four, hosts Wake Forest on Saturday. Pitt plays at Boston College on Saturday.