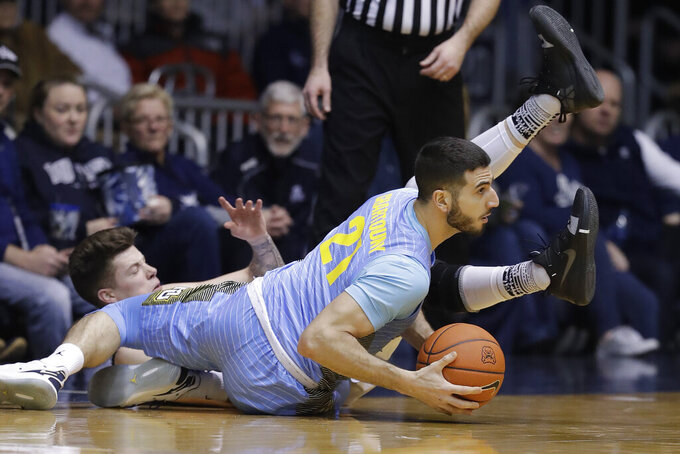 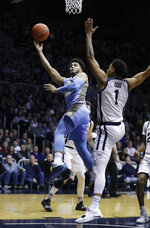 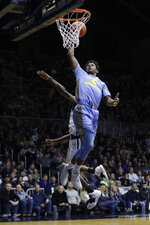 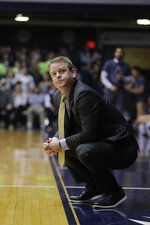 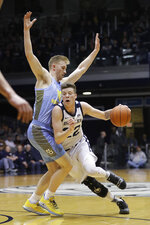 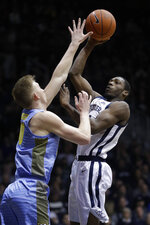 The high-scoring junior was more thrilled to see the way his teammates played defense.

While Howard delivered the scoring punch No. 10 Marquette needed in a rare 76-58 victory at Butler, the Golden Eagles scrambled around and shut down the Bulldogs' shooters.

It's been a long time coming.

"We got together in the summer and said if we want to do things we think we can, we've really got to lock in on the defensive end," Howard said after scoring 32 points and grabbing five rebounds. "They have really great shooters and can all keep you on your toes. But I felt like we did a really good job. We were able to recover, get into our gaps."

The result: Marquette (19-3, 8-1 Big East) won its eighth in a row, snapped a five-game skid in the series and won its first game at Hinkle Fieldhouse since the 1989-90 season.

Those numbers weren't lost on Howard, one of the nation's top scorers. And when things didn't start well, he took over.

He shot 9 of 17 in the first half, matching Butler's team field goal total, and wound up 14 of 23. And he wasn't just the catalyst; he was the stopper on a night when teammate Sam Hauser finished with 19 points and five rebounds.

Howard's first-half flurry staked Marquette to a 34-25 halftime lead. And when Butler used an 11-0 run midway through the second half to cut the deficit to eight, Howard answered two free throws and scored six points in the decisive 10-0 spurt that helped the Golden Eagles rebuild a 61-51 lead with 7:07 to go.

"Markus Howard right now is the best player in our league and he showed it," Butler coach LaVall Jordan said. "We challenged our players to make it tough and he made the tough ones."

Butler never seriously challenged again on a brutally cold day that forced the cancellation of classes but not the game.

Kamar Baldwin led the Bulldogs with 16 points while Paul Jorgensen and Sean McDermott each scored 10. Butler (12-10, 3-6) lost its third in a row.

And Marquette knew exactly why — the defensive effort.

"We're far from a perfect defensive team," coach Steve Wojciechowski said. "But our guys know that we have to be committed at that end of the floor."

Marquette: The Golden Eagles look as good as advertised. Howard can score from seemingly any spot on the floor and the defense held the Bulldogs to their lowest scoring total since Dec. 29 — in a venue where they were averaging 80.1 points per game.

Butler: The Bulldogs are reeling. Since going toe-to-toe with defending national champion Villanova last week, Butler has turned in two lackluster performances. There's still time to get it fixed, but Jordan needs to find answers fast.

With the temperature hovering around 3 degrees when the doors opened 90 minutes before tip-off and the wind chill already reading minus-17 before the sun set, athletic department officials put heaters at each gate and instructed security guards to expedite the screening process.

Not many people stayed away. The announced attendance was 8,292.

"We have a lot of appreciation for the fans who braved cold weather to show up and support us," Jordan said. "We didn't give as much effort to them as they gave to us."

Marquette: Howard had the 13th 30-point game of his career and moved up three spots to No. 11 on the school's career scoring list. ... Sacar Anim had 14 points and Joey Hauser grabbed eight rebounds. ... The Golden Eagles were 8 of 16 on 3-pointers while limiting Butler to 6 of 26 beyond the arc.

Butler: Nate Fowler finished with seven points and six rebounds. ... The Bulldogs committed eight turnovers in the first half and finished with 12. ... Butler is 9-3 at home this season. ... The Bulldogs honored the late Andrew Smith, who played on their two Final Four teams — once when Wojciechowski was with Duke — by raising awareness for bone marrow donations. They played a video message from former coach Brad Stevens and let Smith's widow, Samantha, speak during a timeout. Wojciechowski called it a "first-class" move.

Butler: Will try to avoid getting swept by Seton Hall on Saturday in Hinkle Fieldhouse.