Illinois gets No. 1 seed in Midwest after Big Ten title 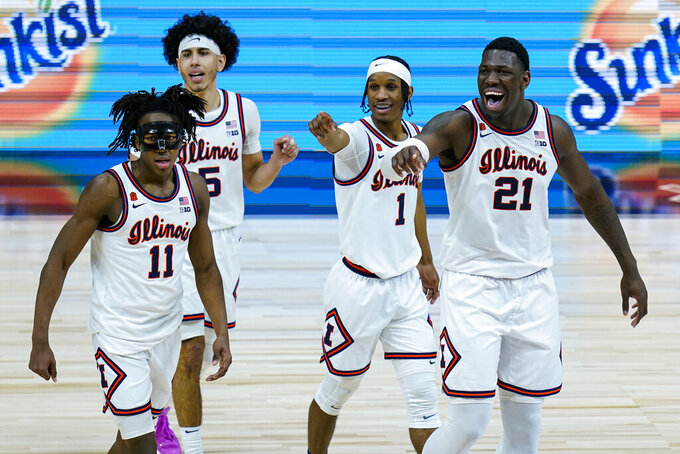 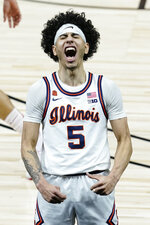 Third-ranked Illinois earned the top seed in the Midwest Region minutes after beating No. 9 Ohio State in overtime to win the Big Ten Tournament title Sunday, anchoring a region filled with surprise teams and mid-major monsters.

Led by stars Ayo Dosunmu and Kofi Cockburn, the Fighting Illini earned their third No. 1 seed and first since 2005, when a team led by Deron Williams and Luther Head reached the championship game before losing to North Carolina.

Illinois will face Drexel in the opening round next week in Indianapolis.

Seventh-ranked Houston earned the No. 2 seed in the Midwest after romping past Cincinnati on Sunday to earn its first American Athletic Conference Tournament title. West Virginia earned the No. 3 seed and Big 12 rival Oklahoma State was the fourth seed.

Georgia Tech's surprising run to the Atlantic Coast Conference Tournament title earned the Yellow Jackets the No. 9 seed and a date with eighth-seeded Loyola Chicago. Fifth-seeded Tennessee drew a first-round game against No. 12 seed Oregon State, which won the Pac-12 Tournament title after the Beavers were picked to finish last in the preseason poll.

Syracuse was considered a bubble team but squeaked into the field as the No. 11 seed. The Orange will play sixth-seeded San Diego State with the winner facing the Mountaineers or No. 14 seed Morehead State for a spot in the Sweet 16.

Liberty earned the No. 13 seed and Cleveland State was the No. 15 seed.