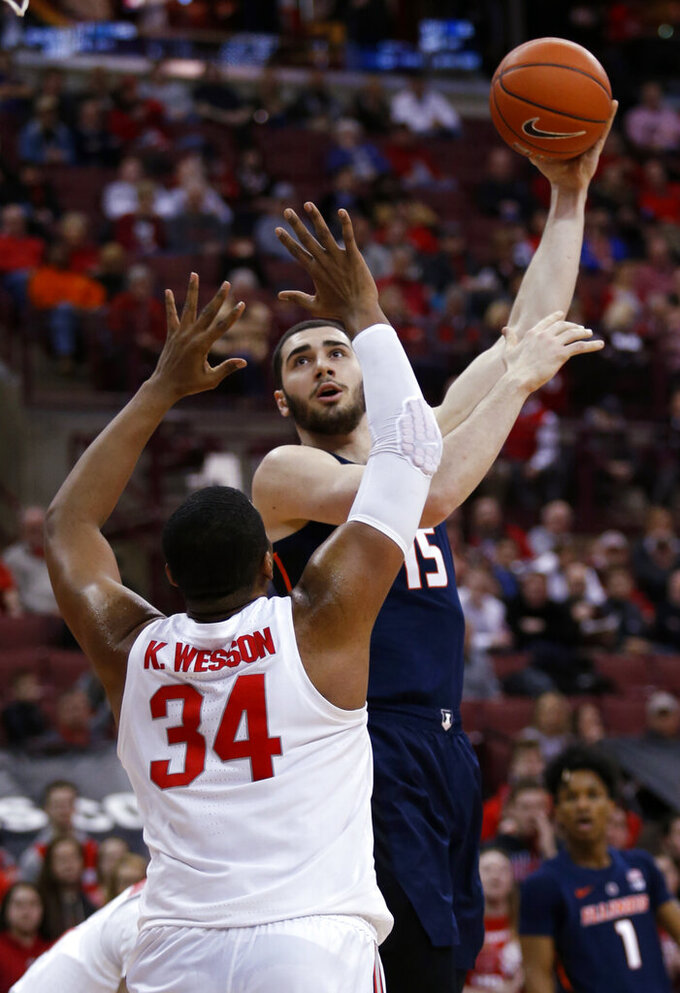 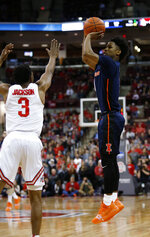 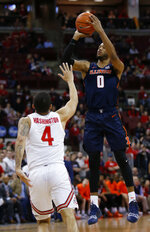 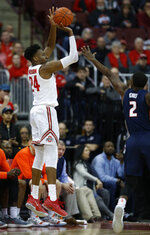 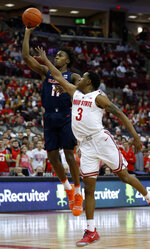 COLUMBUS, Ohio (AP) — Illinois is winless on the road no more.

Trent Frazier had 15 points and Ayo Dosunmu buried a key 3-pointer with 29 seconds remaining as Illinois held off Ohio State 63-56 Thursday for its fourth win in a row.

Dosunmu also scored 15 points and Giorgi Bezhanishvili added 13 for the Illini (10-15, 6-8 Big Ten), who won their first true road game of the season.

The loss snapped a three-game win streak for the Buckeyes (16-8, 6-7), who committed 18 turnovers leading to 14 Illini points.

"We wanted to make them.finish through us, over us, around us, and not foul," Illinois coach Brad Underwood said. "We've gotten better at walling up and not slapping as much, and committing fewer fouls. There is nothing magic in it. Maybe tonight was just our night."

Dosunmu made two free throws to give Illinois the lead for good with 8:15 to play and his 3-pointer three minutes later made it 51-46. Luther Muhammad hit two foul shots to pull the Buckeyes within three with 57 seconds left but Dosunmu, who scored nine points in the final eight-plus minutes, answered with a 3.

"He practices that shot, and we all trust him," Frazier said of Dosunmu's 3-pointer. "He has that dog mentality, and at times we huddle up and talk about it. When we are down two or up one, he is going to shoot that 3. He is going to make sure you don't have a chance against us. That is why he has been so successful to help us win."

C.J. Jackson led Ohio State with 17 points, but he also had seven turnovers.

"He got himself into some difficult decisions with the ball," Ohio State coach Chris Holtmann said. "I don't question how hard he competes. I thought he competed. But those turnovers were critical."

Brothers Kaleb and Andre Wesson contributed 11 and 10 points, respectively, as Ohio State shot just 36 percent from the field, including 15 percent (2 of 13) from beyond the arc, while missing 10 layups.

Bezhanishvili had just two points in the first half but scored Illinois' first seven points of the second. Illinois shot 44 percent from the field.

Illinois' speed resulted in 11 fast-break points and proved the difference.

Trent Frazier left the game late in the first half and was seen clutching his knee on the bench but he returned to start the second.

The Fighting Illini are 6-0 when they hold opponents to 67 points or fewer.

Three players fouled out in the game — Kaleb Wesson and Kyle Young for Ohio State, and Da'Monte Williams for Illinois.

"All this kid does is help us win," Underwood said of guard Andres Feliz. "This kid is nothing but a flat winner. He has done nothing but win his whole life. His value to our team is immense."

Feliz had seven of his nine points, and five of his six rebounds, in 10 second-half minutes.

Illinois: Visits No. 20 Wisconsin on Monday.