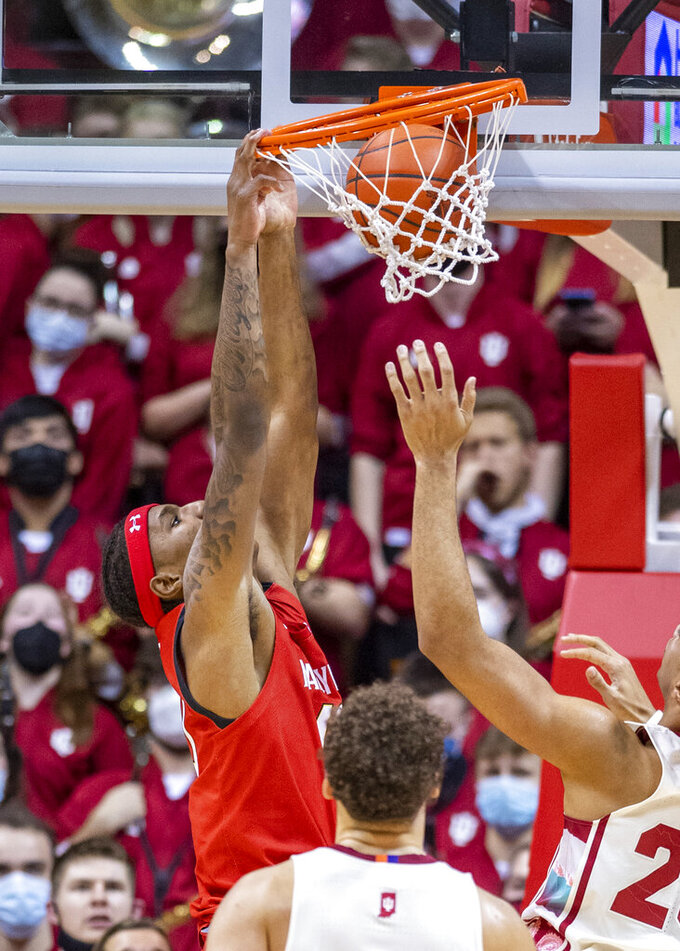 Maryland forward Julian Reese scores with a dunk during the second half of an NCAA college basketball game against Indiana, Thursday, Feb. 24, 2022, in Bloomington, Ind. (AP Photo/Doug McSchooler) 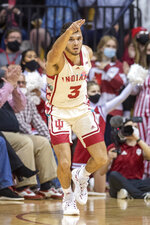 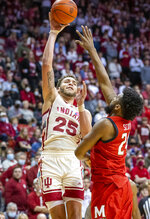 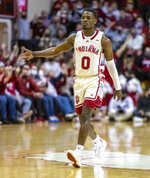 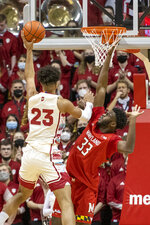 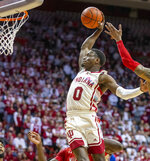 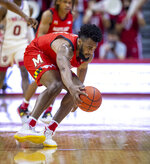 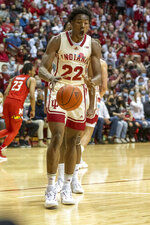 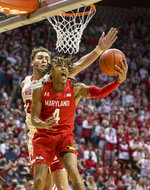 BLOOMINGTON, Ind. (AP) — Xavier Johnson scored 20 of his 24 points in the second half when Indiana pulled away from Maryland to win 74-64 on Thursday night and end a five-game losing streak.

Race Thompson added 19 points, 12 in the second half, and had a game-high nine rebounds. Johnson had six assists. Trayce Jackson-Davis added 10 points, eight shy of his average, for the Hoosiers (17-10, 8-9 Big Ten), who some considered an NCAA Tournament bubble team coming into the game.

Indiana shot 60% and held Maryland to 43%, though the Terrapins were 10 of 25 from the arc for 40%. The Hoosiers turned 16 Maryland turnovers into 22 points and dominated in the paint by 20.

Indiana was winless in February until Thursday’s win. Its winless streak began after the Hoosiers beat the Terrapins 68-55 at Maryland on Jan. 29.

On Sunday, Maryland is home against No. 22 Ohio State and Indiana is at Minnesota.