Indiana uses free throws to pull away from North Alabama 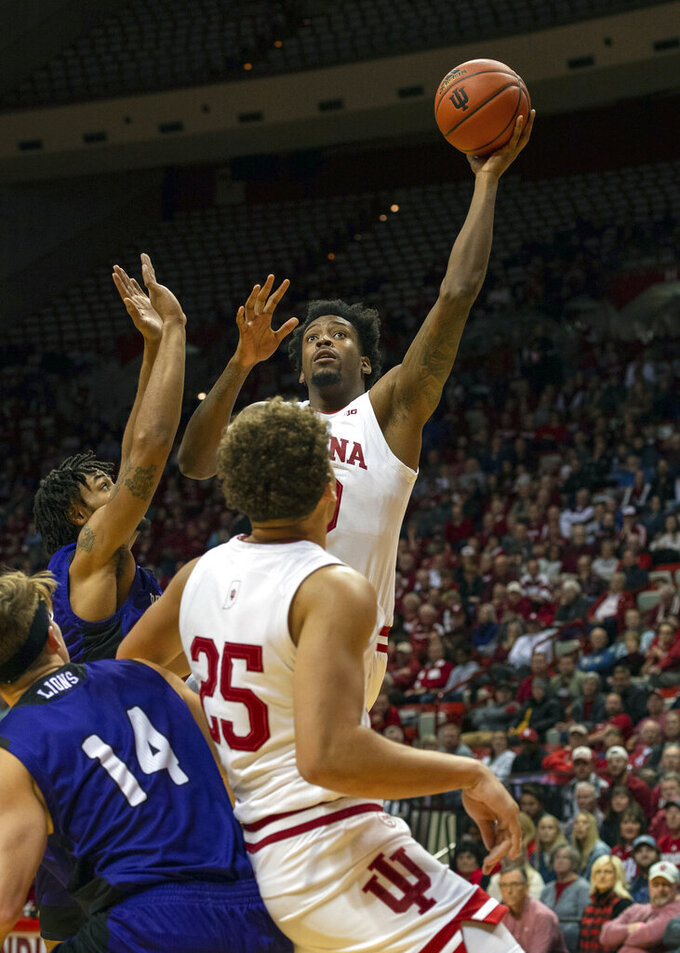 Indiana's De'Ron Davis (20) puts up a shot during the first half of an NCAA college basketball game against North Alabama, Tuesday, Nov. 12, 2019, in Bloomington, Ind. (AP Photo/Doug McSchooler) 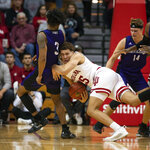 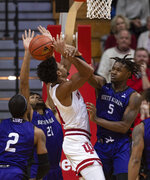 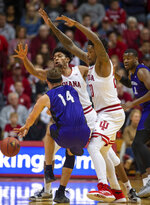 He responded just the way Miller had hoped.

"I've been telling him this since 10th grade — he's going to get fouled a lot," Miller said. "He's left-handed, kind of awkward, can draw fouls in different ways and he's always done that. Fourteen of 15 from the line, that's big."

Actually, it was crucial.

A year ago, Indiana shot 65.5% from the line. On Tuesday, the Hoosiers were 37 of 45 from — largely because of Jackson-Davis and his revamped motion.

"Coach and I really just put an emphasis on not starting it down low and putting it up," Jackson-Davis said, describing the form. "It's worked pretty well for me."

And Jackson-Davis got plenty of help, too. Rob Phinisee finished with 13 points and six assists and redshirt freshman Jerome Hunter scored a season-high 12 points.

But the second-year Division I program sure didn't make it easy on the Hoosiers.

Jamari Blackmon made his first four 3-pointers and North Alabama stayed close throughout the first half despite committing 10 turnovers, drawing 17 fouls and having five shots blocked.

Jackson-Davis answered with eight straight points to start a 15-2 spurt and the Lions (1-2) never recovered.

Blackmon scored 19 points while C.J. Brim and Christian Agnew each had 11 to lead North Alabama.

"I think our guys struggled a little bit with the physicality down low and unfortunately shots weren't going down," coach Tony Pujol said. "I think what we struggled with was defending without fouling. When you send a team to the line 45 times, it's pretty hard to win that game."

North Alabama: A trip to Assembly Hall could have been intimidating and overwhelming. Instead, the Lions went toe to toe with the Hoosiers until the turnovers and mounting fouls finally took a heavy toll. The future looks bright for this young team, which had no seniors in the starting lineup.

Indiana: The Hoosiers remained poised as North Alabama refused to go away, then quietly put the game away with free throws and defense. Miller is one win away from his first 4-0 start since coming to Bloomington three years ago.

North Alabama: The Lions were called for 32 fouls, including a technical for flopping, and wound up with 22 turnovers. ... Midway through the second half, North Alabama had as many turnovers as rebounds (19). ... Two players fouled out and two more finished with four fouls. ... The Lions started 7 of 10 on 3s but went 0 for 4 from beyond the arc in the second half.

Fans inside Assembly Hall cheered loudly as the Hoosiers started pulling away in the second half, saving their loudest applause for Jackson-Davis' spectacular alley-oop dunk from Anderson.

The second loudest roar came when Evansville's victory over No. 1 Kentucky was posted on the scoreboard. Indiana and Kentucky haven't played since 2016 but the rivalry lives on as evidenced by the students started chanting "Ev-ans-ville."

After facing its second power-five opponent this season, North Alabama welcomes Samford on Saturday to start a nine-game stretch that includes no power-conference teams.

The Hoosiers host Troy on Saturday for the first of four games in the Indiana Challenge.