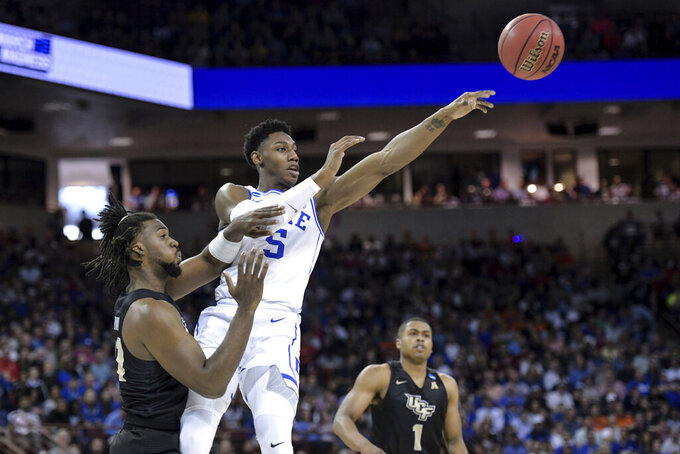 This year's NCAA Tournament has a decidedly international flavor.

Of the 1,036 players in this year's bracket, 117 list their home countries as someplace other than the United States, according to data calculated by Hero Sports.

Canada has the most international players with 23 and Australia is next with 14. Seventeen other countries have at least two players, including seven from African nations.

The Sweet 16 has 28 international players on its rosters, with 12 teams having at least one from abruad. Virginia leads the way with five and Gonzaga has four, including Japanese big man Rui Hachimura and French forward Killian Tillie.

Duke leading scorer R.J. Barrett is from Canada and Oregon senior guard Ehab Amin is the only Egyptian in the bracket.

Iceland, Martinique, Guinea, Estonia and Ghana are among the countries with at least one player in this year's NCAA Tournament.

Saint Mary's, which lost its opener to Villanova, has 10 international players, including seven from Australia or New Zealand.