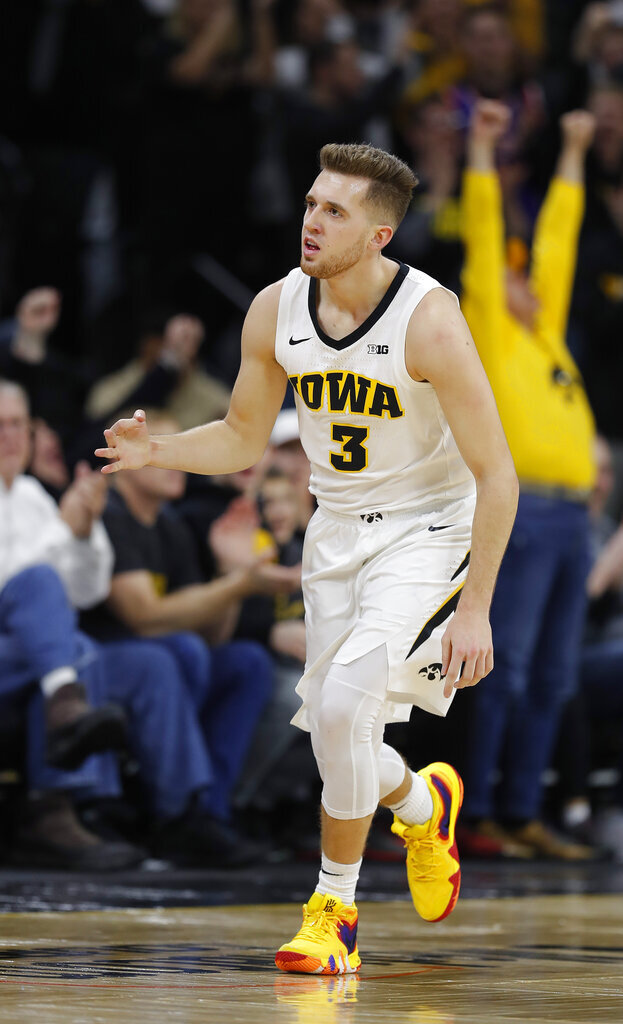 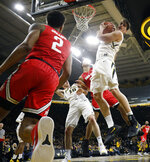 "We've obviously got a lot of work to do and a lot to improve on," Ohio State coach Chris Holtmann said.

That was painfully evident in a tough road environment in Iowa City.

Iowa used a 9-0 run early in the second half to seize control, and Joe Wieskamp put Iowa ahead 53-41 with four straight free throws.

Wieskamp had gotten to the line by drawing star Kaleb Wesson's fourth foul, which came with 8:23 left. Wesson was held to a season-low two points on 1 of 5 shooting.

"If you let Kaleb Wesson catch it deep, he's going to get 25," Iowa coach Fran McCaffery said. "I wasn't expecting him to get two. But I didn't want him to get 20."

The flummoxed Buckeyes (12-4, 2-3) then threw a zone at Iowa, and Isaiah Moss drilled an open 3 to make it 59-45. But Iowa's raucous crowd went silent after Cook — who missed Wednesday's win at Northwestern with a sore knee — appeared to hurt his left ankle and was taken to the locker room with 4:08 left."

"He's a little sore," McCaffery said of Cook. "We'll see how he does in the next couple of days."

Ohio State's C.J. Jackson, the team's second-leading scorer at 13.1 points, didn't start for the first time this season. He has been dealing with leg cramps and finished with 10 points before fouling out with 20 seconds to go.

Andre Wesson had 13 points for Ohio State, which committed a season-high 21 turnovers.

Iowa: This was about as good as the Hawkeyes had looked all season. They overcame early struggles on the perimeter by pounding it inside. But losing Cook for an extended stretch would be critical. "We've really come together as a group," McCaffery said. "But we're not there yet. We've got to keep going."

J-BO NOT A NO-SHOW

Jordan Bohannon's season-long struggle to consistently locate his once-lethal jumper continued, as he was just 1 of 7 shooting. But Bohannon did have eight assists, four rebounds and two steals, and he passed the 1,000-point mark late in the second half. "I thought he was great," McCaffery said. "He pushed the ball."

It could have been worse for Ohio State. The Buckeyes hit 10 3s while Iowa was just 4 of 16 from beyond the arc. ...The Hawkeyes forced 11 steals. ...Ohio State, which was forced to send Kaleb Wesson to the bench after he picked up two fouls in the first three minutes of the game, was outscored 36 to 18 in the paint. ...Cook had five turnovers. ...The series between these longtime league rivals is now tied at 80 wins apiece.

Losses to Rutgers and Iowa, albeit on the road, aren't very good ways to stay ranked. But will the Buckeyes tumble 10 spots and out of the poll? It'll be interesting to see if they do on Monday. The Hawkeyes, on the other hand, could return to the poll after a 2-0 week.