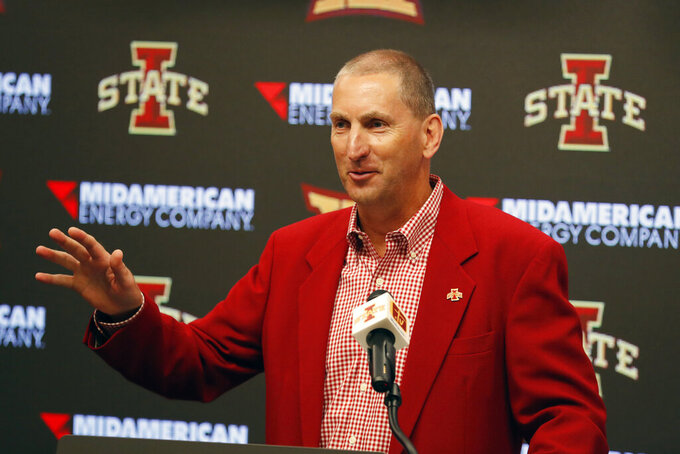 The school said there is no scheduled salary increase. He was earning $757,000 when he announced temporary 10% pay cuts for coaches and some administrators to help offset a $25 million budget shortfall because of COVID-19.

University President Wendy Wintersteen lauded Pollard for his “consistently steady and successful leadership over many years, especially during a worldwide pandemic that brought unprecedented challenges.”

Iowa State had its best football season in program history in 2020. The Cyclones played in the Big 12 championship game and beat Oregon in the Fiesta Bowl, and Pollard extended coach Matt Campbell's contract through 2028.

“The administration’s support, led by President Wintersteen, has been instrumental to our program’s success," Pollard said.

The department this spring will open the new $90 million Sports Performance Center, which is in addition to nearly $250 million in facilities upgrades under Pollard.

The National Association of Collegiate Directors of Athletics named Pollard its 2019 athletic director of the year. He is in his second year of a five-year term on the NCAA Men’s Basketball Committee.