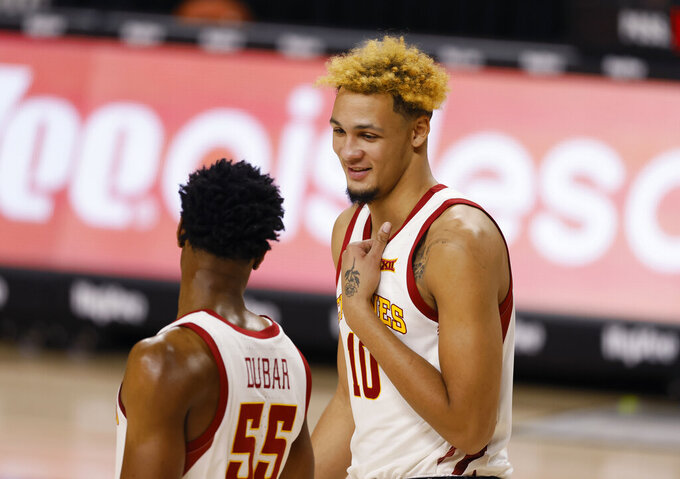 The Cyclones, in their season opener, trailed 37-34 at the break before Coleman-Lands, a graduate transfer from DePaul, sparked a second-half rally.

Tyler Harris hit a 3-pointer to put Iowa State ahead for good, 39-38, in the first minute of the second half, and Coleman-Lands followed with two layups. The teams traded baskets before Harris it a 3, Bolton had two buckets, including a dunk, and Coleman-Lands a 3 for a 10-0 run that made it 58-44.

Coleman-Lands scored 12 points on 5-of-7 shooting and Bolton was 4 for 4 as the Cyclones shot 59% in the second half, including 8 of 14 from 3-point range. Harris, a junior transfer from Memphis, went 3 of 4 from distance after the brake and finished with 14 points with four 3s.

The win was the 200th for Iowa State coach Steve Prohm, the 96th with the Cyclones.

Markedric Bell and Shaun Doss scored 15 points apiece for the Golden Lions (0-3) and Dequan Morris added 14. Bell and Morris both snared 10 rebounds as the visitors won the rebounding battle 36-31.

The Golden Lions shot 52% in the first half to take the lead but cooled off to 38% in the second half.