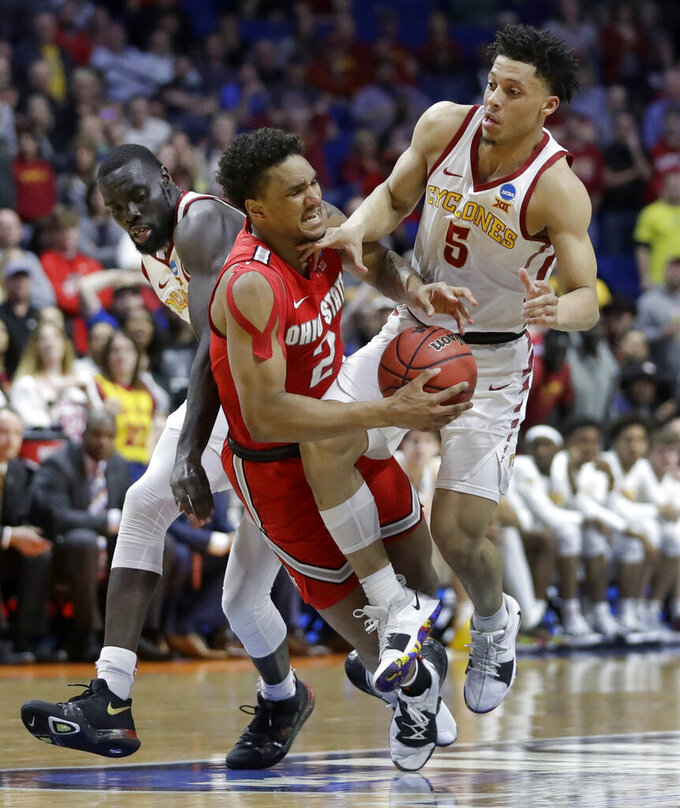 AMES, Iowa (AP) — Iowa State sophomore Lindell Wigginton is declaring for the NBA draft for the second year in a row "with the full intent of staying in."

Wigginton, who withdrew from last year's draft at the last minute after a spectacular freshman season, announced his plans Thursday on Twitter.

Wigginton's numbers dipped a bit last season after a foot injury cost him 10 non-conference games. But Wigginton still averaged 13.5 points and 4.1 rebounds per game off the bench while shooting 40 percent on 3-pointers.

He joins freshman Talen Horton-Tucker as Cyclones who have declared for the draft. Wigginton's decision will likely push Tyrese Haliburton into the starting role at point guard — and it could also put Iowa State in the market for a graduate transfer backcourt player.