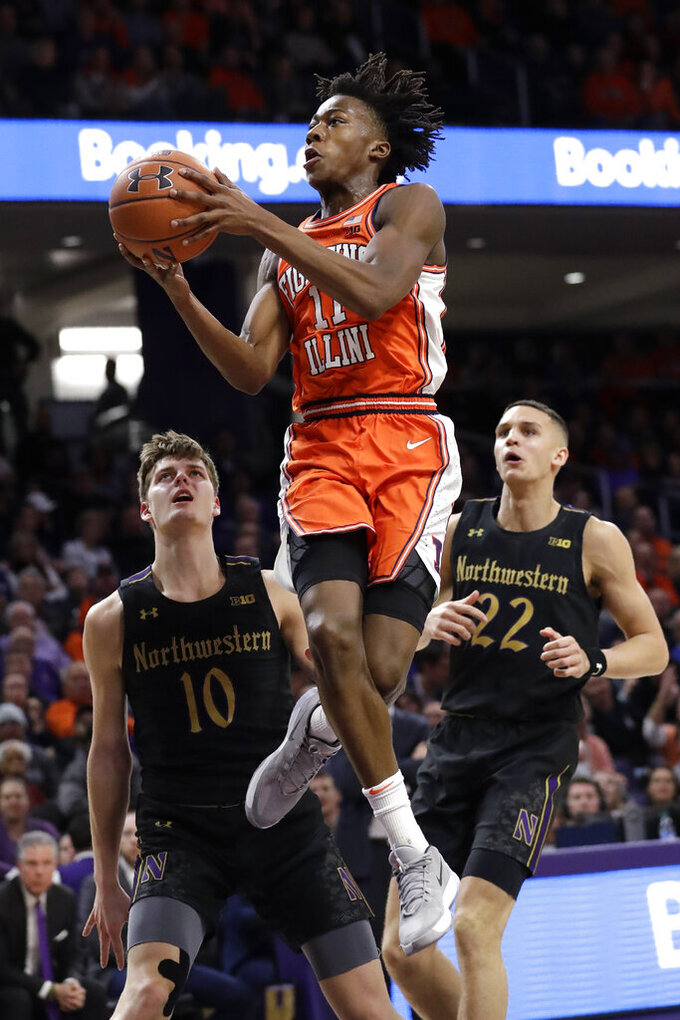 The Big Ten office hasn't released a conference schedule, nonconference games are in a state of flux and other uncertainties loom over the college basketball season because of the COVID-19 pandemic.

None of that can tamp down Illinois coach Brad Underwood's enthusiasm.

“This Big Ten basketball season," he said, “will be the best ever.”

To Underwood's point, the Associated Press preseason Top 25 does illustrate unprecedented depth in the conference. Seven teams are ranked, the most since the poll went from 20 to 25 teams in 1989.

Wisconsin, Maryland and Michigan State shared the regular-season title last season, and Illinois finished a game back in fourth.

The team everyone is talking about entering this season is No. 5 Iowa, largely because of the unexpected return of consensus All-American and Big Ten preseason player of the year Luka Garza and a supporting cast full of experience.

“The challenge," McCaffery said, "is can we win more against a tougher schedule?”

The Hawkeyes will measure themselves early against No. 16 North Carolina and No. 1 Gonzaga.

Garza and Illinois' Ayo Dosunmu and Kofi Cockburn are the only returning players who received AP postseason honors last season.

Garza has scored 20 or more points in 16 straight games, the longest streak by an Iowa player since 1971. Dosunmu, a fellow all-conference first-team pick, was the Illini's leading scorer and went over 20 points in eight games.

— Indiana guard Khristian Lander, a national top-20 recruit from Evansville who de-committed from Louisville and is regarded as the best point guard prospect in the country.

— Michigan center Hunter Dickinson fills a major need and, at 7-foot-1 and 255 pounds, is physically ready to make an impact.

— Ohio State senior forward Seth Towns was the 2018 Ivy League player of the year who shot 44% on 3s for Harvard. He missed last season because of injury.

ON THE COACHING FRONT

Michigan State's Tom Izzo announced Monday he tested positive for COVID-19 and is quarantining for 10 days. He said his symptoms were minor.

At Penn State, Jim Ferry will serve as interim head coach after the resignation of Patrick Chambers last month. Chambers stepped down after an internal investigation into inappropriate conduct stemming from a remark he made to a player that referenced a noose.

The schedule for the 22nd ACC/Big Ten Challenge, the only nonconference games locked in for most teams: