Izzo, Self among the college coaches who shined this season 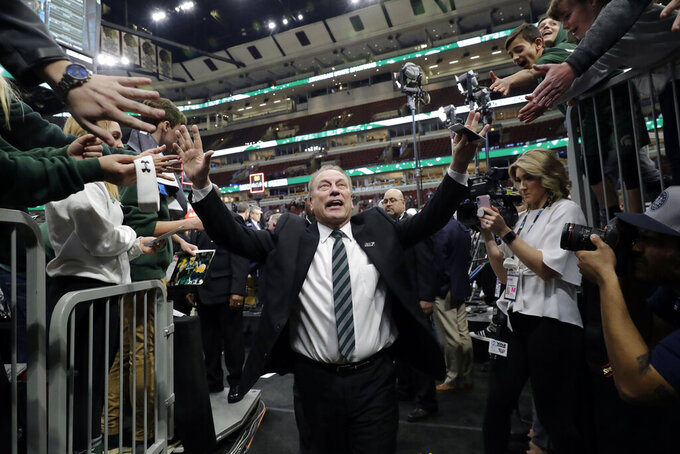 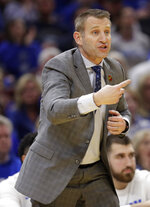 Given the track record that Michigan State coach Tom Izzo and Kansas counterpart Bill Self have put together over the years, it is hardly surprising nobody felt much sympathy for them this season.

The Spartans had to replace standouts Miles Bridges and Jaren Jackson along with veteran guard Tum Tum Nairn, lost Josh Langford to a season-ending injury and played without Nick Ward for several weeks because of a hand injury. They still managed to win the Big Ten regular-season and tournament titles, and were rewarded with a No. 2 seed in the East Region of the NCAA Tournament.

"I've never been prouder of a team in my life," Izzo said. "Coaches say that every time after they win and year after year, and I've had some incredible teams and incredible guys, but what these guys have been through nobody will ever know."

The Jayhawks played amid the specter of an FBI investigation into apparel partner Adidas, lost big man Udoka Azubuike to a season-ending wrist injury, and watched veteran guard Lagerald Vick leave late in the season for personal issues. Yet the Jayhawks still reached the Big 12 Tournament title game and earned the fourth-seed in a stacked Midwest Region.

Izzo and Self aren't alone in overcoming adversity, though, nor are they unique in leading their programs to unexpectedly strong seasons. Here are some other top coaching jobs as the NCAA Tournament gets ready to begin with First Four matchups in Dayton, Ohio:

The Ducks lost 7-foot-2 center Bol Bol to an injury — and they're likely to lose him to the NBA now — and underachieved for much of the season. But after adding Francis Okoro to the lineup to create a starting unit with four guys at 6-9 alongside Payton Pritchard, the Ducks found their stride. They rolled to a Pac-12 Tournament title and are the No. 12 seed in the South.

"We had a lot of ups and downs. All of us were frustrated, the coaching staff, the players," Altman said, "but the resolve they showed to fight back and to really become a team and play for each other, it was really neat to see."

The Hokies lost point guard Justin Robinson to a foot injury in late January, but managed to stay afloat down the stretch. Their beat a Zion Williamson-less Duke to stay in the ACC mix and earn the No. 4 seed in the East.

The Terriers were picked to finish second in the Southern Conference, but they went 29-4 and never lost a league contest. In fact, their only defeats came against Oklahoma, North Carolina, Kansas and Mississippi State — all teams that are dancing. Wofford was rewarded for playing that tough schedule, too. Young's team is the No. 7 seed in the Midwest and will open against Seton Hall with a potential showdown with Kentucky looming.

After taking over Buffalo in 2015 following two seasons under Bobby Hurley, Oats has the Bulls playing in the NCAA Tournament for the third straight season. They beat Arizona in the tournament last season and have been even better this season, and that means the sixth-seeded team in the West Region could be poised to make a March run.

"I have been extremely impressed on how he has built this program to one that deserves national attention and respect," said Buffalo athletic director Mark Alnutt, who recently rewarded Oats with a new five-year contract in the hopes of keeping bigger suitors at bay.

The Wildcats lost star forward Dean Wade for long stretches of the season, including the entire Big 12 Tournament. They also played several games without point guard Kamau Stokes and backup guard Cartier Diarra. Yet they stilled tied Texas Tech for the regular-season Big 12 crown and earned the No. 4 seed in the South.

Yes, he still carries the baggage of NCAA violations at Indiana, but nobody can argue Sampson can't coach. He inherited a program that was 13-19 four years ago and turned it into a power, following an NCAA Tournament bid last year with its best season in decades.

"You always focus on the next practice, the next game, the next meeting, the next this, the next that," said Sampson, whose third-seeded Cougars open against Georgia State in the Midwest Region. "I have got a great group of young men, I'm very honored and lucky to be able to coach them every day and it's been a fun ride and we'll ride it as long as we can."