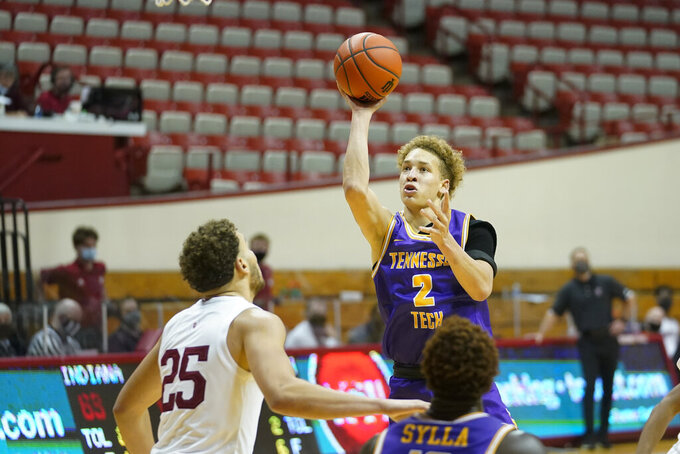 BLOOMINGTON, Ind. (AP) — Trayce Jackson-Davis scored 26 points and grabbed 11 rebounds and Indiana scored 20 consecutive first-half points to pull away for good in the Hoosiers' 89-59 win over Tennessee Tech on Wednesday in the season opener for both teams.

Jerome Hunter hit a 3-pointer to give Indiana the lead for good with 13:14 left in the first half. The Hoosiers scored the first 20 points in a 28-2 run to finish the first half. Jackson-Davis scored 10 points during that span and then opened the second half with a three-point play to make it 51-19.

Tennessee Tech made just 1 of 14 from 3-point range in the first half had two stretches of at least seven minutes without a made field goal.

Indiana thrived when it pushed the tempo and got into the open floor — and into the paint. The Hoosiers shot 57% from the field, scored 31 points off 20 Tennessee Tech turnovers, and outscored the Golden Eagles 58-28 in the point. Indiana made 37 field goals, including 20 layups and three dunks.