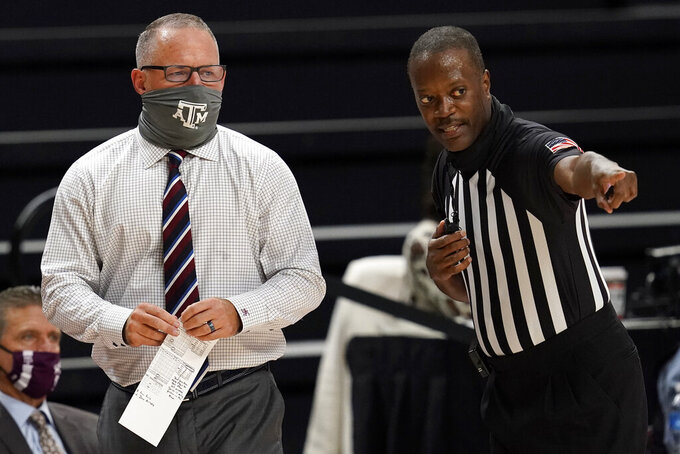 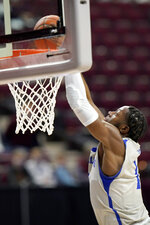 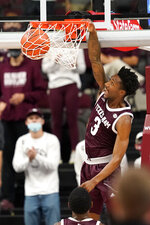 Jackson scored 13 of Texas A&M’s opening 16 points and finished the half with 17 as the Aggies led 41-24. The Aggies had a 12-0 run in the half and closed on a 9-0 spurt with 3-pointers by freshman Hayden Hefner and Andre Gordon.

Jackson, a sophomore, topped his previous best of 20 points last season by going 11 of 13 from the field against New Orleans. He was 4 of 6 from distance and added three steals in 28 minutes.

Freshman Hassan Diarra added 14 points with four assists and six steals for Texas A&M, which has won 20 straight openers. Savion Flagg, who is the team’s leading returning scorer at 10.4 points per game, had nine points, 11 rebounds and six assists.