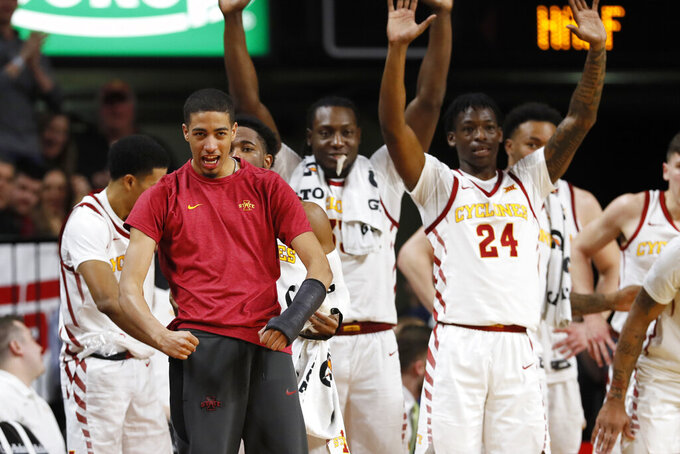 Jacobson also grabbed a season-high 13 rebounds to notch his first double-double of the season. The 6-9 senior made 8 of 9 shots and matched a season-high with three assists.

Courtney Ramey scored a season-high 21 points to lead Texas, which fell behind by double digits with 9:01 left in the first half and trailed by as many as 30 points.

No other player reached double figures in scoring for the Longhorns, who shot a season-low 29% from the field.

Texas: The ailing Longhorns sorely lacked an inside presence when Sims, the team’s leading rebounder at 8.2 boards per game, couldn’t play because of a lingering back issues. The 6-9 junior had started every game this season. Texas lost for the seventh time in the past nine games.

Iowa State: The Cyclones are the Big 12’s only team without a road win this season, but they've won four of their past five games at Hilton Coliseum — the lone loss coming to top-ranked Baylor. Iowa State made 10 of its first 14 shots Saturday and outrebounded Texas, 40-27, to split the season series.

Iowa State: The Cyclones play at No. 3 Kansas on Monday.