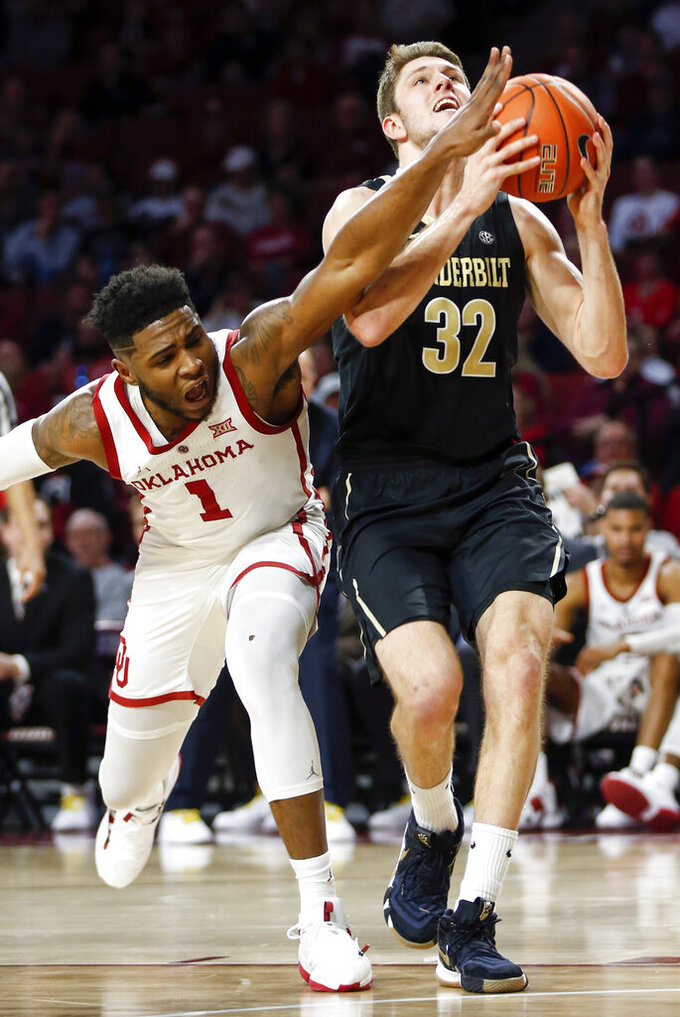 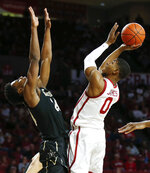 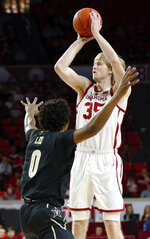 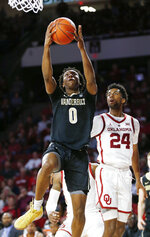 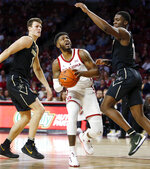 NORMAN, Okla. (AP) — There was no sluggish start or big deficit for Oklahoma to overcome this time.

Christian James scored 21 points to help the Sooners roll past Vanderbilt 86-55 in the SEC/Big 12 Challenge.

Oklahoma rallied from a 19-point deficit to beat Oklahoma State 70-61 on Wednesday. Determined to avoid a similar situation against Vanderbilt, the Sooners took control with a 19-0 run over a 5:35 stretch in the first half to take a 33-16 lead, and the rout was on.

"We didn't come out with the start that we wanted to at Oklahoma State," James said. "We just wanted to regroup and play well as a team."

Brady Manek scored 16 points and Rashard Odomes added 14 for the Sooners (15-5), who won their second straight since falling out of the Top 25 earlier in the week. Oklahoma shot 55 percent from the field and posted its largest victory margin of the season.

"The first 10-12 minutes, I thought we responded well," Vanderbilt coach Bryce Drew said. "After that, we couldn't guard them one on one and we couldn't hang onto the ball enough to keep it close."

Saben Lee matched a career high with 24 points for Vanderbilt (9-10), which lost its seventh straight.

The Commodores took No. 1 Tennessee to overtime on Wednesday before losing 88-83. Drew wasn't sure if there was a letdown.

"You prepare all you can to get them motivated, fired up," he said. "At the end of the day, we had some juice at times. Other times, we just did not have the same juice that we had a few days ago."

The Sooners cooled off a bit after their early surge, but still led 41-23 at the break.

"I thought they came out of the locker room with the right attitude, playing each possession, continuing to score," Oklahoma coach Lon Kruger said. "I think that kept the energy level up. Over time, I thought pretty we were solid defensively as well."

The Sooners shot 69 percent in the second half to pull away, and now they can take momentum back into Big 12 play.

"It's a confidence booster," James said. "When we play together as a team, it showed defensively and offensively. We moved the ball great. We got stops and got out and ran. We ran in transition. We haven't really done that in a while. I think we did a great job of that today, getting out running lanes and moving the ball."

Vanderbilt: The Commodores looked spent after their close call against Tennessee. They shot just 37 percent from the field and committed 22 turnovers. No one other than Lee scored in double figures.

Oklahoma: The Sooners were in danger of having their season fall off the rails after falling behind against Oklahoma State. They got through two games that would have been considered bad losses and now can make their push towards an NCAA Tournament bid. They could work their way back into the Top 25 next week.

Oklahoma's Odomes scored in double figures for the fourth straight game after doing so in just three games all season prior to his current stretch. He is averaging 12.3 points and shooting 73.3 percent (22 for 30) from the field during the run.

Oklahoma point guard Jamal Bieniemy did not score, but he had five rebounds, seven assists and four steals in 29 minutes.

"I thought he moved the ball, controlled the tempo. I thought we had the opportunity in transition, got some steals defensively. He's just playing very well."

Vanderbilt hosts No. 8 Kentucky on Tuesday.