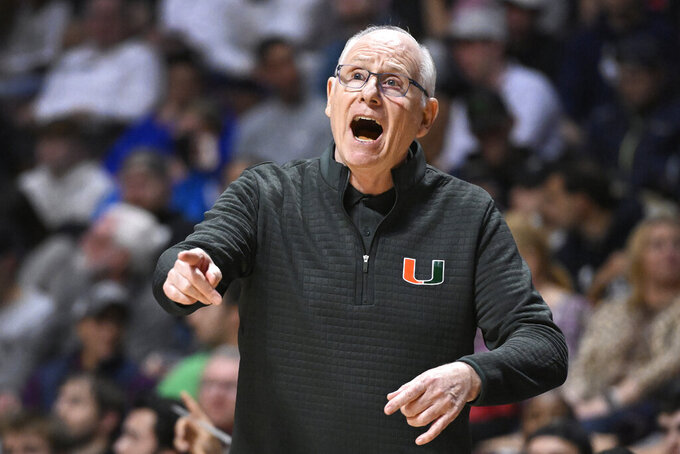 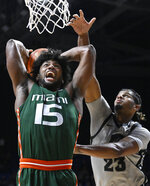 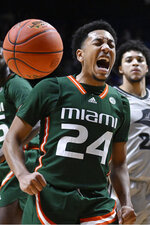 Norchad Omier had 19 points and 12 rebounds to lead Miami to a 74-64 victory over Providence in the Basketball Hall of Fame Tip-Off on Saturday. It was the first win for Larrañaga over Providence; he had been 0-2 against his alma mater.

“It’s really not about my victories. It’s about my team beating Providence today,” he told ESPN in an on-court interview after the game.

Larrañaga is in his 39th season, having coached at American International, Bowling Green, George Mason and Miami.

Isaiah Wong had 18 points and Nijel Pack added 11 points for the Hurricanes (4-0), who outrebounded Providence 38-29 and held a 16-4 edge in second-chance points.

A 3-pointer by Pack gave the Hurricanes a 16-15 lead midway through the first half and they went on to take a 38-26 lead at halftime, at one point holding the Friars scoreless for a four-minute stretch.

Providence got within six points on three occasions in the second half but was ultimately done in by another four-minute scoreless drought. An 8-0 run by Miami sealed it, with five points from Jordan Miller leading the way as the Hurricanes went up 63-49 with 5:48 left.