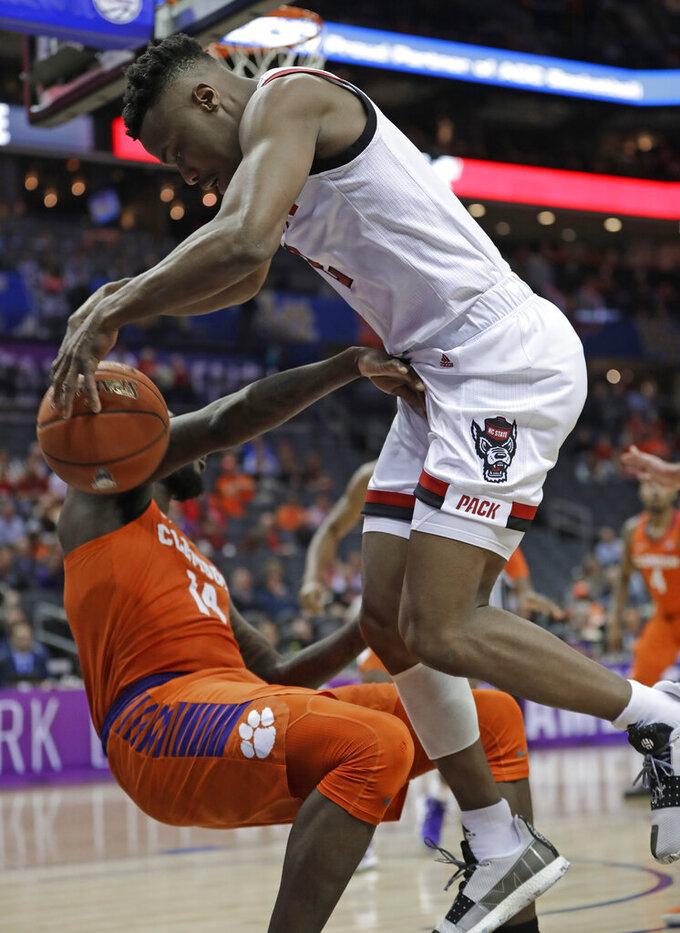 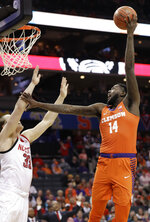 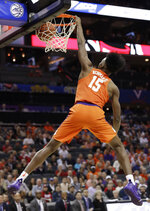 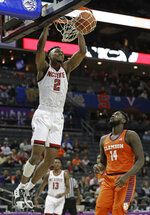 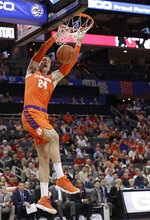 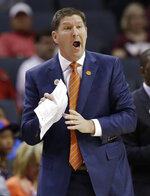 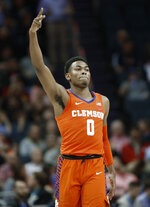 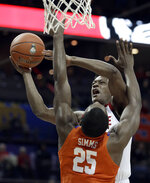 Markell Johnson hit two free throws with 2.6 seconds left and the Wolfpack came from 18 down in the first half to beat the Tigers 59-58 in Wednesday's second round of the Atlantic Coast Conference Tournament.

The eighth-seeded Wolfpack (22-10), down 16 at the break, ended up with the second-biggest comeback from a halftime deficit in tournament history.

"We talked about halftime: it wasn't about Xs and Os," Wolfpack coach Kevin Keatts said. "It was about how much heart and desire and effort you would put into it. And I told them, I said: 'If you played extremely hard, we'll come out with a win.' And these guys were special."

The Tigers had a final chance after Johnson's free throws, but Marcquise Reed's heave from a few steps inside of halfcourt wasn't close to end it.

At least the Tigers had a chance this time. The Wolfpack beat the Tigers on Braxton Beverly's 3-pointer at the horn a little more than six weeks ago, then survived to win another tight one Wednesday that both teams needed to help their NCAA Tournament hopes as bubble teams.

Johnson's big offensive day was the only thing working for the Wolfpack. No other players scored in double figures, while Johnson's two huge 3s that pushed N.C. State to a 57-53 lead with 4:20 left ended up being the Wolfpack's last baskets.

Reed had 16 points, 10 rebounds and six assists for the ninth-seeded Tigers (19-13), who dominated the first half only to fall apart in the second. Clemson made just 6 of 31 shots (19 percent) after halftime, including a run of more than 11 minutes without a basket and nearly seven minutes without a point.

"We obviously didn't execute things in the second half very well," Clemson coach Brad Brownell said. "I thought kids on both teams really competed at a very high level. Proud of the way our guys fought and really disappointed with the way the game ended. ... Too much at stake for things to end like that."

Clemson: The Tigers could be left to lament this one on Selection Sunday. They had won four of five to keep themselves within reach of an NCAA bid and had appeared near the cut line for many mock brackets. They entered the day ranked No. 36 in the NET — which is replacing the RPI in the selection committee's evaluation process — but had stood just 1-9 in Quadrant 1 games that would top any resume.

"We've just got to hope for the best Sunday," Reed said. "Hopefully they'll see our schedule and our wins and losses and all of that.

N.C. State: Keatts has said the team's pressing style and aggressive philosophy is enough to keep it in any game, even facing a big deficit. That proved true Wednesday in a noon game with a start so flat Keatts joked afterward his team played like they didn't wake up "until about 1 o'clock."

"I think this team is built for that," Keatts said, adding: "I don't want to be in that position all the time."

Clemson had fouled N.C. State several times with fouls to give before Johnson drove for an off-balance jumper that drew a whistle on Clyde Trapp, sending Johnson to the line for the winning fouls.

Johnson had hit two big free throws to force overtime in a January loss to Virginia, though he later had a critical miss with a chance to tie late in the extra period of the 66-65 loss.

"I've been in a situation like that versus Virginia," Johnson said. "And I just wanted to give it back to my team for what I did against Virginia in the first game — and that's make the free throws."

Trapp declined to comment on whether he thought he fouled Johnson, while Brownell said Johnson "got a very good call."

Clemson: The Tigers now wait to learn their postseason fate.